Ukrainian Grandmaster Adam Tukhaev (8.5 points) with a quick draw in the top board against GM Czebe Attila (HUN) emerged the champion, after the 10th and final round, in the 9th Chennai Open Grandmaster Chess tournament 2017 for the Sakthi Group Dr N Mahalingam Trophy at Nehru Stadium, Chennai here today. 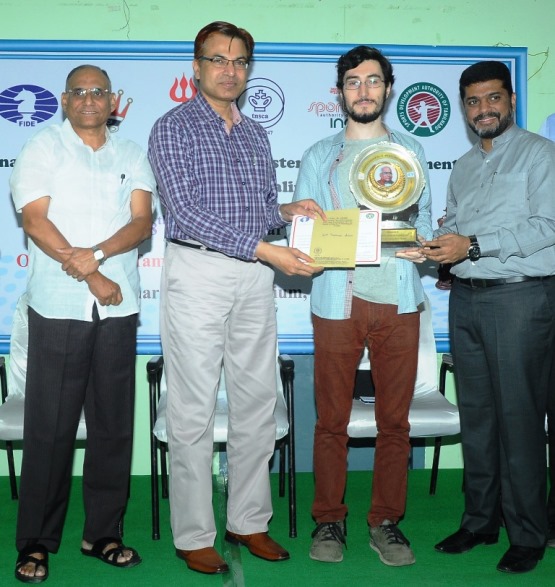 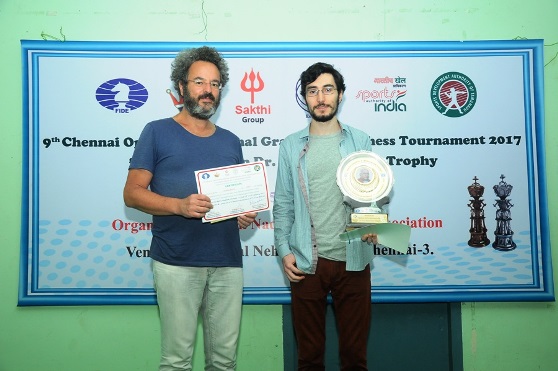