Round seven was in a way a deja vu of round six. GM Alexandre Danin from Russia had again a quick draw, this time with GM Evgeny Gleizerov (RUS). The other three top games on the stage also ended peacefully.

But on board 4 the Danish FM Mikkel Strange was really close at beating GM Marc Narcisco Dublan from Spain.

IM Nicolai Vesterbaek Pedersen (DEN) did it even better, as he got a whole point from GM Eduardas Rozentalis (LTU). Nicolai and Mikkel have 4½ points each and are climbing closer to the top. 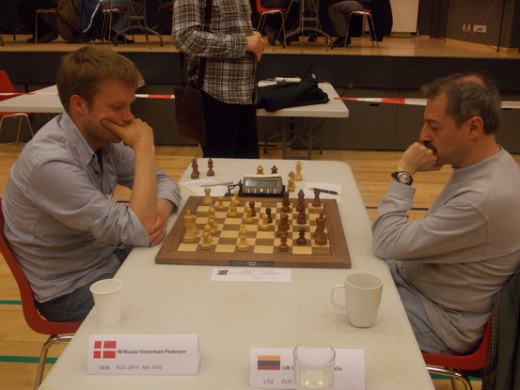 Clear leader after round seven is GM Alexandre Danin (RUS) on 5½, followed by GM Evgeny Gleizerov, GM Vladimir Burmakin and GM Mikhail Ulibin (all from Russia) on 5 points each. On 4½ points are 9 players.

Friday will have a double round and the last game is on Saturday. 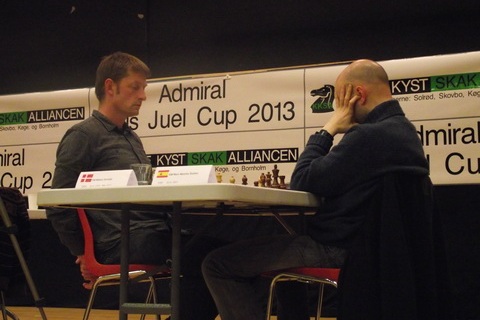 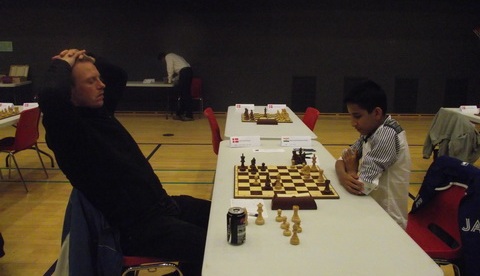 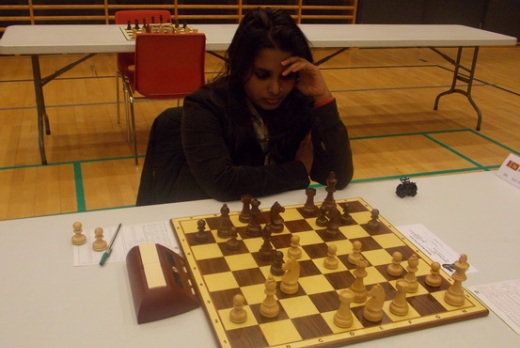