Demuth got his first GM norm with his performance. The seven points he added in the nine rounds were enough to get sole first place and take home the winner’s trophy.

The champion was lucky that the 5-hours game between Andrei Shchekachev and Jean-Pierre Le Roux finished in a draw.

Filipino GM Joseph Sanchez finished second, while Shchekachev got the bronze medal thanks to their tiebreak scores. 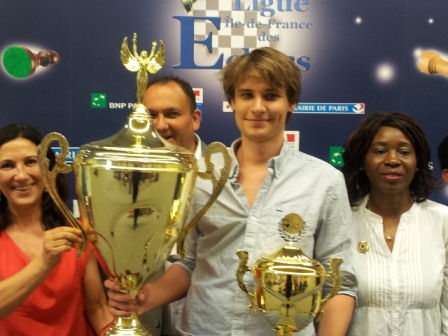