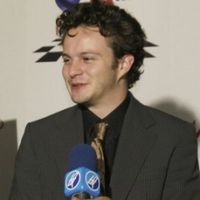 The Aeroflot 2009 chess tournament is going to have a very strong lineup. In group A1 there will be 70 GMs over 2500 ELO, proving that this is one of the top open events of the year. GM Etienne Bacrot (2722) will be rating favorite of the Aeroflot open. He is the only participant member of the 2700 club. GM Arkadij Naiditsch (2693) and GM Nikita Vitiugov (2687) will use their chances during the event to join him in the prestigious list.

The young stars will also have solid presence at the upcoming Aeroflot 2009. They are led by the Corus C winner GM Wesley So who surely has chances for the top positions at the event. Other young talent participants are GM Li Chao B (2628), GM Eltaj Safarli (2564), GM Sanan Sjugirov (2562).

Women participation in group A1 should not be underestimated, as IM Nadezhda Kosintseva, IM Tatiana Kosintseva, and WGM Shen Yang are present.

The interest in the event is clear, a 140 000 eur prize fund and a chance to qualify for the World Blitz Chess Championship 2009.

Chessdom.com will have wide coverage of the event. What exactly it will be, the users can choose in the forum.