The traditional Aeroflot Open is starting immediately after the International Chess Festival Moscow Open-2013, from 11-18 February in Moscow, Russia.

This edition is dedicated to the 90th anniversary of the leading Russian airline company. The total prize fund of all tournaments is 150 000 USD.

The first event is the Qualifying Rapid tournament on 12-13th February. he 32 top finishers qualify for the knock-out tournament, which will be held on 15th February, and thus secure themselves a minimal prize of 1 000 USD.

The playing format is Swiss system, 9 rounds, with time control 15 minutes plus 10 seconds increment. The number of players is limited to 300. 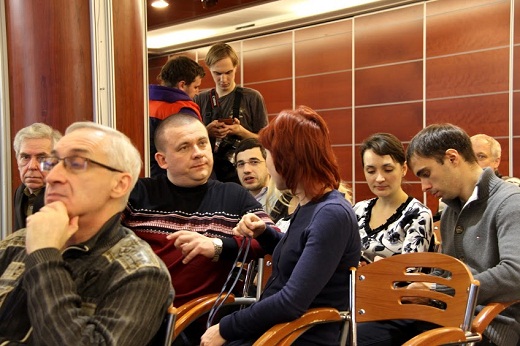 Some of the players during the opening ceremony