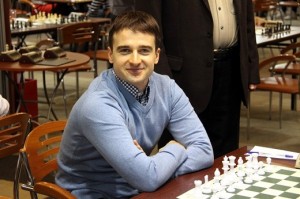 The new format of the Aeroflot Open has attracted a lot of Russian players to participate, probably because they feel they have quite a big chance to have good results in a rapid tournament. Will the Russians dominate the field against the foreigners?

Out of the 100 first seeds – the players that seem to have a realistic chance to qualify -, 55 are Russian. With this almost symmetric rate of international and local players, we should expect about the same amount of participants qualified from each “camp”.

Besides the amount of players, the fact that the Russians are playing in their own soil is an important factor. On the one hand, this gives them a more welcoming and friendly environment, but on the other, this might also increase the pressure over their shoulders, especially if we take into account the high standards that the Russian Federation sets for its players.

Until the 4th round, out of the 19 players that managed to score 3.5 points or more, only 7 are Russian. However, there’s still a lot to play for with five more rounds to go.