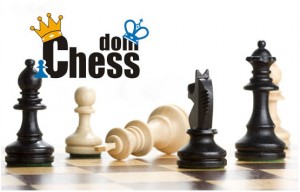 Commercializing, professionalizing, developing, enriching, and growing chess as a sport is a fantastic thing. But not at the expense of chess community traditions, history, and common chess knowledge.

The new policy of AGON (read initial story here and developing story here), which the company tries to enforce on everyone who visits the WorldChess website, is bordering a try to monopolize chess moves. Here are at least five reasons why this is so:

1. The very definition of the word Monopoly is what AGON is trying to implement with the new policy. According to Wikipedia, “Monopoly exists when a specific person or enterprise is the only supplier of a particular commodity”

2. For the definition of Monopoly not to be valid, there has to be a way for other parties to legally distribute (produce, reuse) the given commodity i.e. the chess moves. Today AGON were offered multiple options in order to release the chess moves from the ban. They declined all of them. AGON also declined to provide price for the feed or any other option through which it can be acquired.

3. The timing of the announcement was crucial. It was released (and not in full!) Friday March 4th, with the weekend ahead and no time to act.

4. AGON clearly stomped any journalist and website effort to cover the Candidates. This is a process that starts months before the event with hiring server resources, booking tickets, hiring Grandmasters. Will AGON now reimburse all journalists who travel to Moscow and cannot distribute the games and moves until after 2 hours after the game is finished? Will AGON cover the lost benefits of mainstream media who prepared to cover the event? Will they pay for the tens of Grandmasters that were hired to do live commentary?

5. How to recognize a monopoly and why AGON has the symptoms of such? For this specific reasons most countries have anti-monopoly or competition protection laws. Take one product. How many units of those products are sold in the market? How many of those sold units are produced by one company? If that percent is high, we can suspect a monopoly. The lowest market share one company has been punished for monopoly abuse was 39%. In the try of AGON to ban broadcasts the percentage will go towards 100%.

How many competitors does a potential monopoly have? All economists agree the more competitors the better. More competitors means higher competition thus better benefit for a consumer. If we have two competitors they can unite and for an oligopoly a special kind of monopoly. In the case of AGON and the Candidates as of today only they and NKR are allowed to show move, sending them in this category.

One other indicator of monopoly power is how easy is to get into the market. With AGON’s new policy and decline to provide coverage options or pricing, the answer in this case is also clear

(The case for AGON is even more complex, short version of these points from here)

These are just some of the symptoms pointing to AGON’s try to monopolize the market. They have underestimated the thinking capabilities of the whole chess community, enraging players, fans, and journalists around the globe. After today’s events AGON has only one correct move – to lift the ban on the chess moves. But even if they do so, we do not expect Chessdom to be allowed to proceed. Chessdom was the first to bring this problem to the public attention, and following AGON’s line of action “Shooting the messenger” is the most probable outcome.