Round 8 video by Vijay Kumar

The day did not produce any decisive game like the first round and the lead positions remained unchanged. Anton Korobov survived some anxious moments before signing peace with Krishnan Sasikiran while Parimarjan Negi pressed for some time before splitting the point with Evgeny Alekseev of Russia.

With just two rounds to come in the category-18 double round robin tournament between six players, Korobov and Alekseev stay ahead of the field with 4.5 points each and they are trailed by Wojtaszek and Sasikiran on four points apiece. Negi and Gupta share the fifth spot another half point adrift. 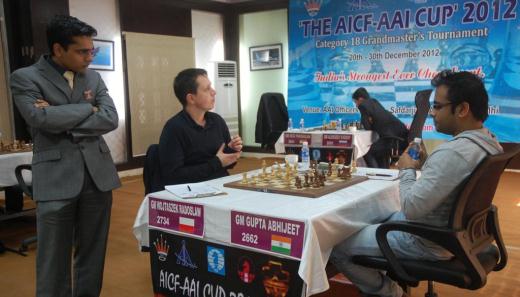 Match between Radoslaw Wojtaszek and Abhijeet Gupta in progress. Sasikrian looks on

Gupta came up with a strong opening novelty on his 11th turn that put Wojtaszek in a long thought out of a Grunfeld defense. Playing white, the Polish Grandmaster went for the most principled continuation that netted him two pawns temporarily but Gupta had prepared it much deeper.

Recovering one pawn Gupta went to a pawn-less endgame where the activity of his pieces ensured sufficiently play and Wojtaszek felt the heat when he fell slightly worse in the endgame. However, the game was never quite out of the boundary of a draw and the peace was signed in the ensuing rook and pawns endgame. The game was drawn in 56 moves.

Sasikiran was in his elements and pressed right after the opening. From the black side of a Nimzo Indian, the Indian went for a king-side attack and fell just a little short in the middle game as Korobov found a precise defense. Sasikiran thought he missed out on his chances in the middle game when he allowed a favourable liquidation and thereafter Korobov had an easy defense to do. 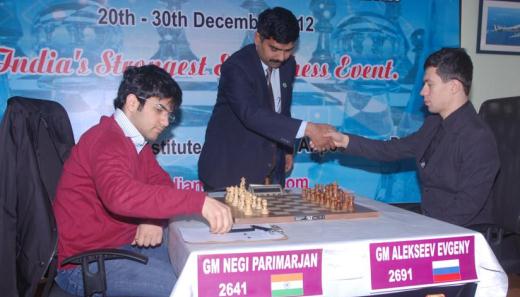 Parimarjan Negi faced the topical Berlin defense by Alekseev who played black. The Indian star chose to play a symmetrical middlegame with lots of pieces on board instead of trying out long drawn endgames typical of the opening. The result was a pleasant position but Alekseev kept himself in the hunt with some timely exchanges that maintained the balance. Parimarjan drew with repetition of moves. 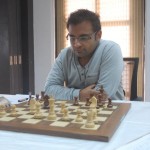 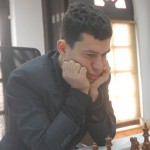 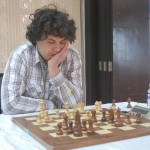 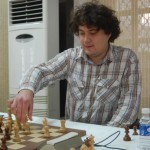 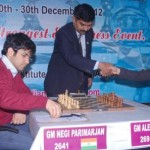 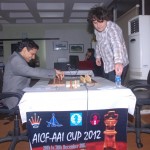 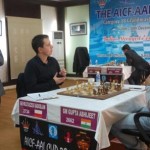 Match between Radoslaw Wojtaszek and Abhijeet Gupta in progress. Sasikrian looks on 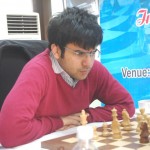 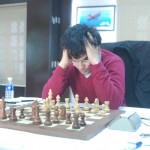 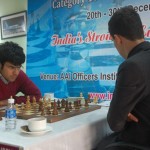 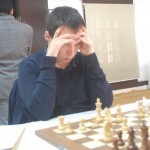 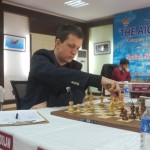 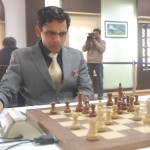 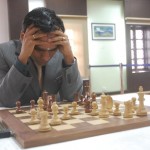