The 9-round Swiss tournament will take place at the Al Ain Rotana Hili Hotel.

There are also special prizes for women, juniors, regional players and elo sections. The total prize fund is $ 57,000.

Time control: 40 moves in 90 minutes and rest of the game in 30 minutes, with an increment of 30 seconds per move starting from move 1.
Draws can be offered only after 25 moves. If players draw before 25 moves or if they intentionally repeated the position for three times, the Chief Arbiter may give 0 to both players. Forfeit time will be 30 minutes after the start. 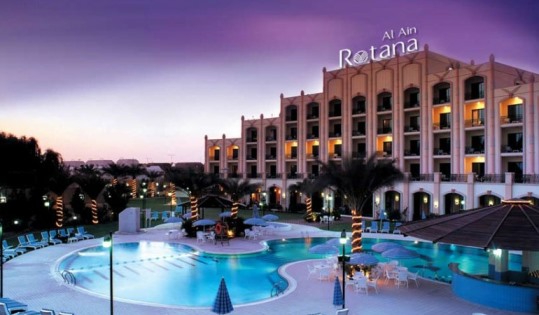 Former Ukrainian champion GM Yuriy Kryvoruchko is top seed at 2717 elo. Some 30 GMs and WGMs have signed up for the fourth edition. Among the 2600+ GMs are Igor Kovalenko of Latvia, Amin Bassem of Egypt, Sergei Zhigalko of Belarus, Alexander Motylev, Aleksandr Rakhmanov and Sergey Volkov of Russia, Gadir Guseinov of Azerbaijan, Tigran L. Petrosian and Arman Pashikian of Armenia, Zahar Efimenko, Martin Kravtsiv and Mykhaylo Oleksiyenko of Ukraine.

Registration fee is 100 USD for entry visa and bus transport from airport and return including accreditation. All payments should be made before the Technical Meeting.