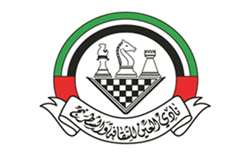 The Al Ain Chess Club invites all FIDE rated players to join the $30,000 Al Ain Chess Classic with the unique Al Ain System format of a Swiss tournament bringing in from the knock-out event the Masters from the World Cities Chess Team Championship 2012.

The individual tournament will be a 9-round combined Swiss Al Ain System wherein players eliminated from the first three stages of the World Cities Team Championship, namely Preliminaries, Round-of-16 and Quarterfinal, join the individual event and carry over their points from the team event.

Team members shall be given half a point for each round in which they were not fielded in the World Cities.

Players who have played each other in the World Cities Team Championship shall not be paired together again in the individual Swiss Al Ain System.

Draw offers are not allowed before Black’s 30th move. All moves in 90 minutes with increment of 30 seconds per move starting from move 1.

Closing Ceremony shall be together with the World Cities Team Championship.

Registration fee is $100 for entry visa and bus transport from airport and return including AED100 for accreditation. All payments should be made before the Technical Meeting.