The 44th International Chess Tournament “Bosna 2014” is taking place from 30th May to 6th June, 2014, at the Hotel Radon Plaza, Sarajevo.

The event has two sections – Group A for players rated over 2300 and Group B for U2300 players.

In round 6 the top games Jovanovic – Rakhmanov and Kovacevic – Gleizerov were drawn, while Zdenko Kozul defeated Bojan Kurajica and Mustafa Yilmaz won a complicated game against Mikhail Ulibin.

Russian Grandmaster Aleksandr Rakhmanov remains sole leader with 5,0/6 points. Gleizerov, Yilmaz and Kozul are half a point behind.

In the B tournament veteran IM Rajko Bogdanovic, Amar Salihovic, Goran Vajic, Nihad Hodzic and Eldin Bucan are joint leaders with 5,0/6 points each. 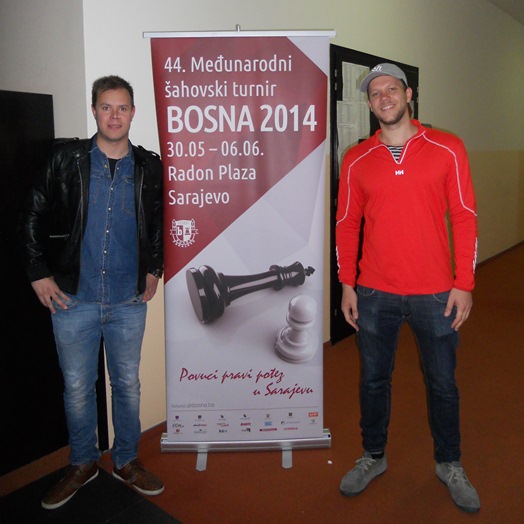