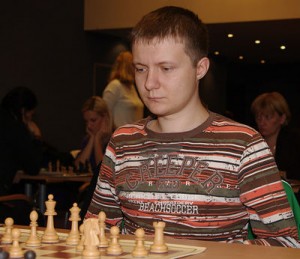 This is yet another success for GM Areshchenko, who recently got the silver medal in the strong Ukranian Championship and before that won the Prasvanath Open in 2011. The succes at the Botvinnik Memorial is especially valid as the field contained a total of 223 players, many of which titled GMs, IMs, FMs. See the full standings below.

Visit the official website of Botvinnik Memorial and Chigorin Memorial