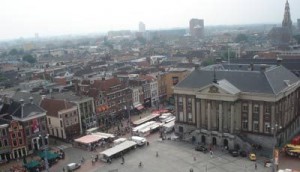 The 52nd Groningen Chess Festival was held from 21-30th December at the Sport Centre Rijksuniversiteit & Hanzehogeschool in Groningen, Netherlands.

The main Open A section had 110 participants. German IM Alexander Donchenko demolished the opposition to take a clear first place with 8,0/9 points, full point ahead of the nearest followers Benjamin Bok and Alexander Ipatov.