On November 8 in the Novotel Moscow City Hotel the 4th round of the International TASHIR Chess Tournament in Memory of Tigran Petrosian was played.

The first to be finished was the game Ding Liren vs. Alexander Grischuk. Grandmasters played out an opening variation that had been well analyzed by both. The events developed forcedly, and the game smoothly reached a draw haven. 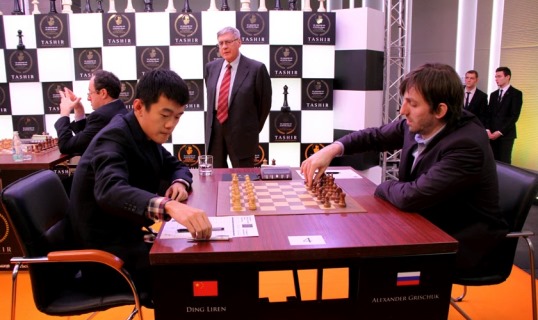 The duel of long-standing opponents, Vladimir Kramnik and Boris Gelfand, also ended in a draw. Grandmasters held their discussion in a well-known theoretical variation in which Black gradually managed to equalize. Soon after the exchange of queens Vladimir Kramnik had made a mini-slipup and Black’s position became slightly more pleasant. However, the 14th world champion managed to consolidate his forces with precise play, so the opponents forced a draw in the rook endgame. 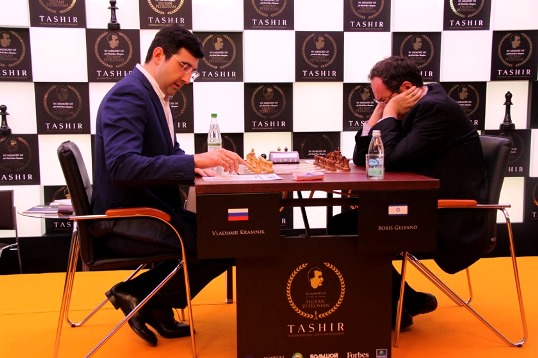 The game Peter Leko vs. Levon Aronian was anything but simple. In the opening the Armenian chessplayer obtained a not exactly pleasant position with Black. In the middle game White sacrificed a piece and gained a very strong initiative. It appeared that the defenseless black king would fall to onslaught of white pieces, but due to the Hungarian grandmaster’s procrastination Black managed to more or less consolidate his position.

Aronian had to return the piece, but in the following Peter who had still retained his advantage, missed several promising continuations again. Finally with his precise play Black managed to parry all the threats and equalize. After the time control the opponents agreed to a draw. 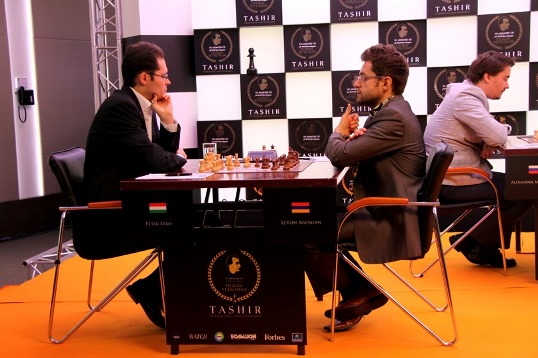 The most dramatic one was the game between Alexander Morozevich and Ernesto Inarkiev. The opponents carried on a very sharp struggle in the Queen Gambit where both kings had castled queenside. White launched his attack on the queenside, while Black had made a breakthrough along the h-file.

The evaluation of position was in White’s favor; however, in time trouble Morozevich made a decision to sharpen the struggle with a breakthrough in the center. Immediately after time control White had made a fatal blunder, after which Black could win in one move. To his fans’ great disappointment, Ernesto overlooked the decisive continuation, and soon the opponents agreed to a draw. 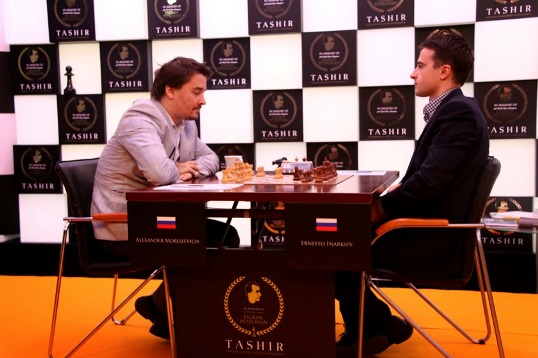