The start of the 3rd round of the Biel Grandmaster Tournament was 15 minutes late. Alexander Morozevich is not in condition to play the game due to medical problems.

The official website states that the match “Alexander Morozevich – Magnus Carlsen is postponed”. Our sources say that Morozevich withdrew from the tournament.

In the first two rounds Morozevich suffered losses against Giri and Bacrot, possibly already being under the weather.

It is definitely a turbulent Biel tournament. First Carlsen replaced Dominguez, now Morozevich is not in condition to continue.

Biel organizers are discussing a possible replacement, but what system will be adopted in each case is not yet decided.

After serious discussions, the organizers have come to a decision Bologan to replace Morozevich. Here is the official press release (citation follows, no corrections).

Due to health issues, Alexander Morozevich retired from the Biel Grandmaster Tournament after Round 2. He has been this Wednesday with the organisers of the Festival to a hospital, where a doctor confirmed, with a medical certificate, his unability to go on to play the competition. Alexander Morozevich will travel back to Moscow as soon as possible to recover. The length of his healing process is unknown.

After the approval of the players, the organisers could secure a substitute. GM Victor Bologan (Moldova, World No 20, 2732 Elo) takes the place of Alexander Morozevich. He arrived already in Biel. He starts the tournament from Round 3. His game against Magnus Carlsen, scheduled for Wednesday July 25th, will be held on Sunday 29th. Victor Bologan will play his first game on Thursday July 26th against Hikaru Nakamura.

The 3 points of the victories of Anish Giri and Etienne Bacrot, achieved against Alexander Morozevich, are kept. Victor Bologan acccepted to play with two games less. 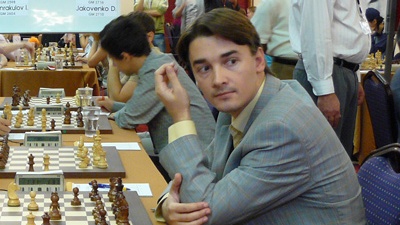