On Sunday, October 9, in Spa-hotel “Sindika” the games of the first round of chess Grand-Prix FIDE took place. The symbolic initial move in the game of Zhu Chen from Qatar and Alexandra Kosteniuk from Russia was made by the minister of sport, tourism and resorts of KBR Aslan Afaunov.

It’s interesting that these two players played the final match of the Women’s world chess championship about ten years ago, in winter 2001, and since then they haven’t met at the board. 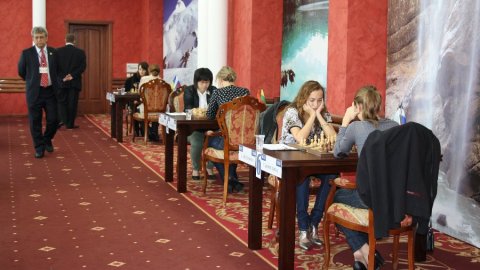 That time Kosteniuk lost and her opponent became the champion of the world. This time Alexandra won the game. On the press-conference she said that this game was very symbolic for her and that she was glad about the victory which also turned out to be the first for the former world champion on Grand prix stages.

The first game day was lucky for the sportswomen from China. Zhao Xue with white defeated Viktorija Cmilyte from Lithuania, Ju Wenjun with black defeated Nadezhda Kosintseva from Russia. 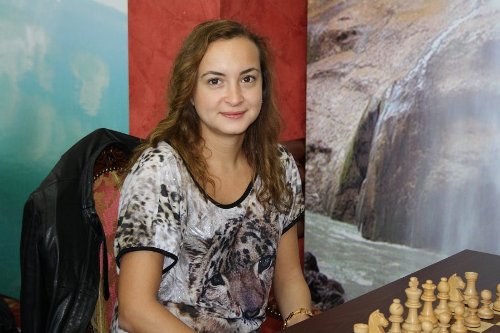