– Good! I am coming!
With these words Alexei Shirov accepted to participate in Hasselbacken Chess Open, that will take place from April 30 through May 8, 2016 in Swedish capital Stockholm.

Stockholms Schacksällskap, one of the world’s oldest chess clubs, celebrates its 150 years jubilee with a grand tournament at the venerable Scandic Hotel Hasselbacken**** in the heart of The Royal Djurgården. The organizers provide hefty prize fund in total of 300 000 SEK (nearly 32,000 €), whereof 50 000 SEK (approximately 5,300 €) to the winner. More information here 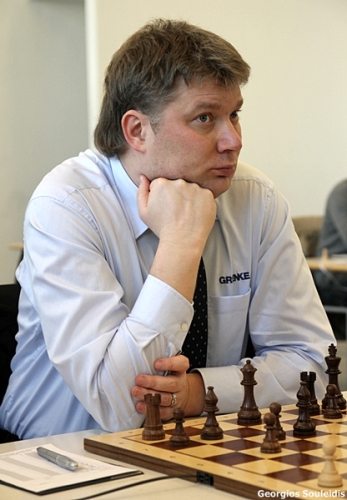 On www.2700chess.com, which follows every world star’s rating day by day, Alexei Shirov has 2702. It makes him number 42 in the world. On the FIDE list, which is updated more seldom, he has 2699 on the June list.

Shirov has for many years been part of the world top players. He became GM 1990 and won many tournaments in the 1990s, among others Biel 1991, Madrid 1997 and Monte Carlo 1998. The same year, 1998, he defeated Vladimir Kramnik in a challenge match and thereby grabbed the right to challenge Garry Kasparov in a World Championship match. Unfortunately the match fizzled out. In the year 2000 Shirov was close to winning FIDE’s World Championship tournament, but lost the final against Viswanathan Anand.

Shirov is still highly active in world chess, and he won two tournaments 2012, Riga and Bueños Aires. Perhaps his greatest tournament victory is from 2009, when he won the category 21 tournament M-tel Masters, a tournament where he among others defeated the World Champion of today, Magnus Carlsen. Shirov previously has been engaged in Stockholms Schacksällskap’s youth work. Among others he welcomed the Nordic woman champion Lisa Fredholm and the coach Luis Couso to Shirov’s Winter Cup a couple of years ago.

– Shirov has always been an inspiration source to us in Stockholms Schacksällskap, and it is very much thanks to Luis Couso that we have had this rewarding cooperation, which now continues in Hasselbacken Chess Open, Stefan Lindh says. 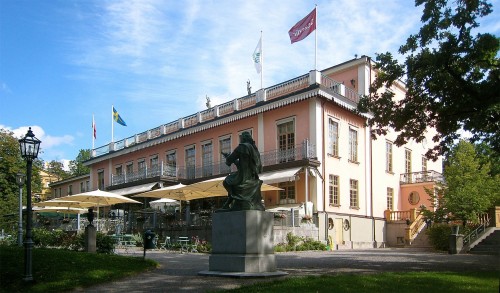 41st Rilton Cup – Round Eight
The Stockholm Chess Federation organizes the 41st Rilton Cup from 27th December 2011 to 5th January 2012. This year’s tournament, with a prize fund of ...

Rilton Cup 2014
Rilton Cup was initiated by a donation from Dr. Tore Rilton, and since 1985 the tournament is financially secured. The challenge prize, donated by SEB, ...

Deltalift Open 2012
The 9th edition of Deltalift Open was held on 17-19th May in Halmstad, Sweden. The tournament was organzied by the Harplinge Schacksällskap and offered ...