Last month the Latvian press reported that Alexei Shirov will change the federation and move from Spain to his native Latvia. Shirov himself didn’t want to comment the news as he still had to compete in the European Team Chess Championship in Porto Carras under the Spanish flag.

Shirov is already settled in the Latvian capital Riga where he helped in organization of the Vladimir Bagirov Memorial and is preparing Mikhail Tal Memorial for February 2012.

The news portal d-pils.lv reports that after finishing the final obligation in Spain, participation in the championship in Melilla, one of the two EU enclaves in Africa, Shirov will officially complete the federation transfer.

The portal also mentions that Shirov will meet FIDE President Kirsan Ilyumzhinov on 5th December in Riga in an attempt to secure Latvian support for the inclusion of chess into the Olympic program. 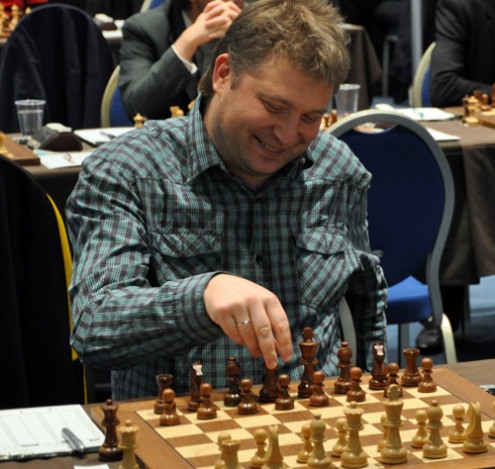