The second leg of the Alekhine Memorial started today at the State Russian Museum in Saint Petersburg. All five games finished with draws. Maxime Vachier-Lagrave still leads the event, followed by a chasing pack of four players. Michael Adams could have joined the French in the lead, but he missed good winning chances against Levon Aronian.

Michael Adams surprised everybody at the beginning of the event with two straight wins against a strong opposition. He could have gone back to first place today in his game against world’s number 3 Levon Aronian, but was not able to convert his advantage into a full point.

The game opened with a Queen’s Gambit declined where Aronian, playing with the white pieces, quickly took the initiative with very active moves. Adams showed good defensive skills and kept a solid position in the sharp variations. On move 26, Aronian decided that he had enough activity to go for a knight sacrifice, however, this was not the right decision. Adams showed the correct defensive path and was left with a material advantage.

The Englishman kept taking the right decisions until move 37, when he incorrectly took on g4. His advantage diminished greatly with this mistake, and even though he kept an edge until the end of the game, Aronian’s strong defense was enough to split the point on move 62. 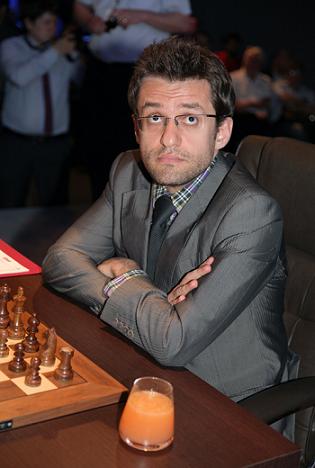 The most expected game of the day was the one between world champion Viswanathan Anand and his challenger from 2008, Vladimir Kramnik. The Russian was close to getting another shot at Anand in the Candidates, but lost on tie-breaks against Carlsen, and now has to wait for another chance in the next World Championship cycle.

The game was very interesting as both players went for sharp continuations at the critical points. Kramnik had the initiative most of the time, but Anand defended actively to balance the score. Just before the end of the game, Kramnik had a queen and a bishop for Anand’s rook and two bishops. The Russian decided to sacrifice his bishop and give perpetual check on move 35. 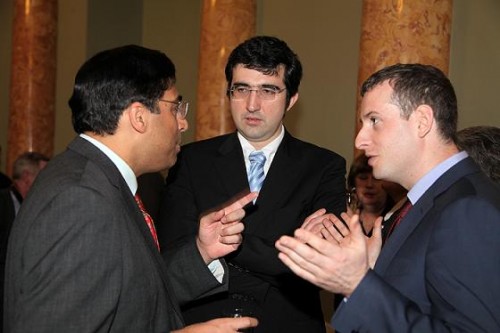 The leader Maxime Vachier-Lagrave played with white against the last challenger for the World Championship Boris Gelfand. The French did not use a very ambitious opening and the queens were exchanged on move. The ensuing fight was of a positional style. After some more simplifications the players were left with a rook and six pawns each in a totally closed position. The peace treaty was signed on move 45.

The other two games were rather short draws. Laurent Fressinet and Nikita Vitiugov shook hands in a symmetrical position on move 32, while Ding Liren and Peter Svidler arrived to the same result after 29 moves. 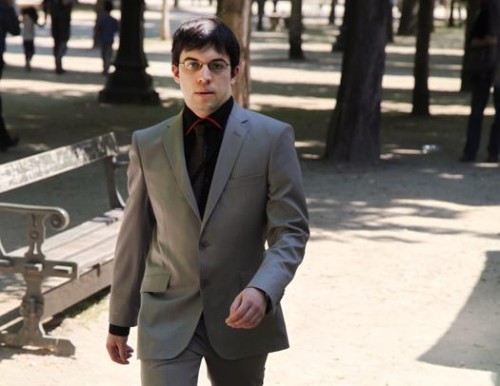 Maxime Vachier-Lagrave is the leader with three rounds to go

Three rounds are left at the Russian city and everything is still up in the air as the leader is only on +2 with four players half a point behind.