The so awaited Candidates Tournament 2013 has kicked off. Eight of the best players are in London to show their top game in order to gain the right to challenge World Champion Viswanathan Anand in a match for the title.

The most anticipated game of the first round was the fight between the two top rated players in the live lists. The heavy favorite Magnus Carlsen faced the Armenian talent Levon Aronian in a crucial struggle to get ahead right at the beginning.

However, the players decided to play it safely, as GM Christian Bauer noted in the live commentary. The draw was signed on move 31 in a perfectly symmetrical position. 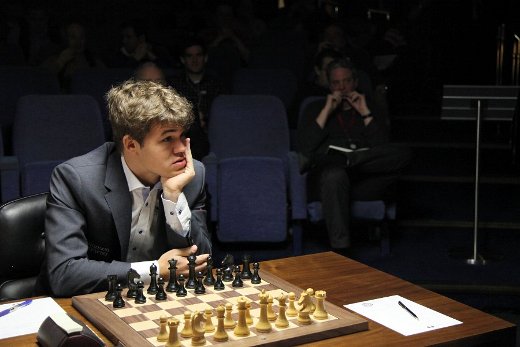 After Carlsen’s draw with Aronian, the second game that ended peacefully was the Russian battle between Vladimir Kramnik and Peter Svidler. It took them 23 moves to shake hands in sign of peace.

The play started with a surprising weapon used by the ex-World Champion: 4…Nxd5 in the Exchange variation of the Queen’s Gambit.

The player from Saint Petersburg employed a move that might seem strange but is part of theory – 7.a3 – to take the game to a simplified position.

Many hidden positional nuances were later revealed by the players at the press conference. 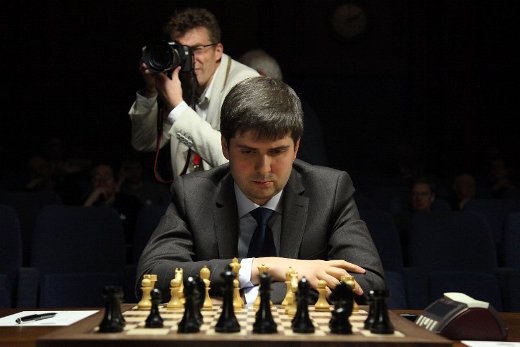 The Azerbaijani, who is a known King’s Indian expert, did not fianchetto his bishop on g7, and instead put it first on e7 and then on f8, with a pawn structure that was, however, quite similar to his favorite defense. Boris Gelfand looked for chances but did not manage to find any. The players signed scoresheets on move 36. 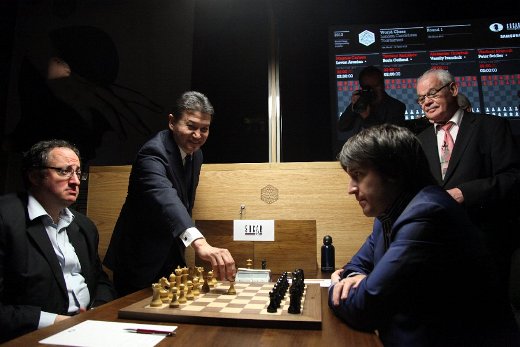 The only game that passed the time control was Vassily Ivanchuk – Alexander Grischuk. The players went into an Open Catalan that was never far from equality.

Eventually, the Russian exchanged his bishop for White’s knight in order to spoil Ivanchuk’s kingside pawn structure. However, the players simplified to a queens endgame where they showed excellent technique to finish the game in a fair draw after 44 moves. 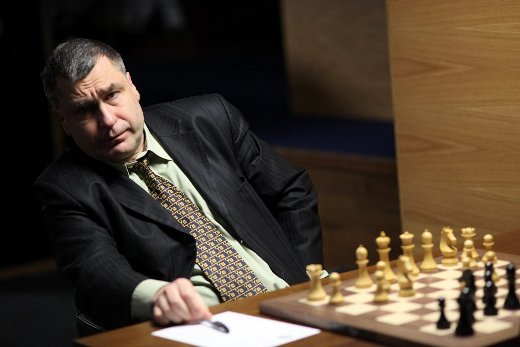