The third round of the Zug Grand Prix was completed today. All six games were drawn, but that does not mean that there was no excitement. The players showed great fighting spirit, as only one match-up finished before the first time control. Morozevich, Ponomariov and Topalov remain as leaders in the standings.

Veselin Topalov was the one who missed the biggest chance to reach the sole lead in his game against Gata Kamsky. The Bulgarian, playing black, chose the Sicilian Defense and went for the initiative right from the beginning. He decided to keep his backward d6 pawn in exchange for the pair of bishops and active play. This strategy paid off in the middlegame when Kamsky tried to use his usual positional style with 32.Kf1 instead of going for a more active option.

By move 32, the computer evaluated Topalov’s position as winning, but the Bulgarian was not able to find the correct continuation to convert his advantage. Kamsky equalized the situation and sailed swiftly towards the draw. 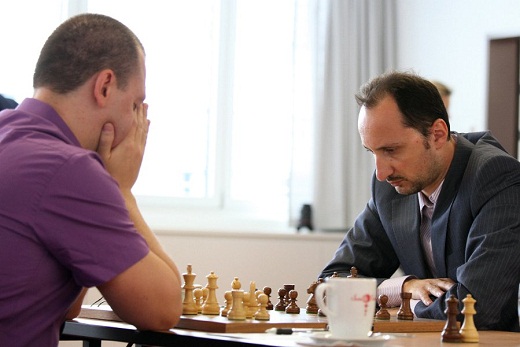 The longest game of the day in terms of moves was the one between Peter Leko and Hikaru Nakamura. The Hungarian lost yesterday and arrived with willingness to fight. He used a similar setup against Nakamura’s French to the one Karjakin used two days ago. The American took the b2 pawn as he had done in that occasion but could not get the same edge.

During the middlegame, Leko pushed his kingside pawns forward and obtained a nice initiative. However, Nakamura defended correctly and was never in real danger. Draw in 59 moves. 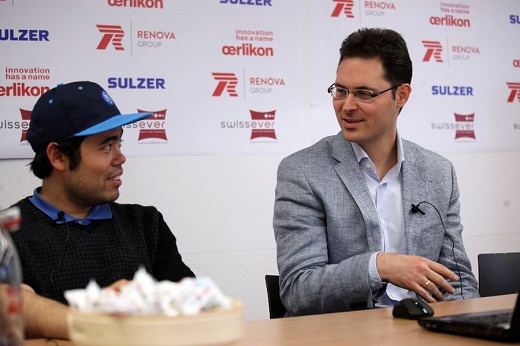 Nakamura and Leko during the press conference

Sergey Karjakin played the Scotch against co-leader Ruslan Ponomariov. The Russian chose a setup with a bishop on g2 and the rooks lined up on the open d-file. Eventually, this led to an exchange of white’s h-pawn for black’s d-pawn. Karjakin, then, got the initiative in the center but was not able to break Ruslan’s solid defensive methods.

Italian star Fabiano Caruana signed his first draw of the tournament against Alexander Morozevich. The latter played with black and used the Zaitsev system of the Ruy Lopez. When white managed to take his opponent’s backward d-pawn, the activity of black’s rooks was more than enough to secure a draw. More pawn exchanges followed and the peace treaty was signed on move 46. 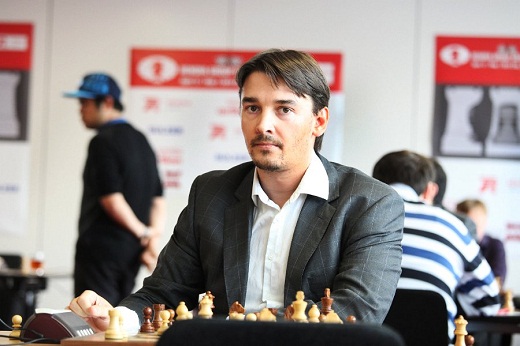 Shakhriyar Mamedyarov and Rustam Kasimdzhanov played 47 moves in a Queen’s Gambit Declined, while Anish Giri and Teimour Radjabov only needed to make 19 moves to sign the draw and go rest before tomorrow’s round.