The magnificent Rodos Palace, the venue of the 2013 European Club Cup, is ready for the top club competition of the year. With 250(!) titled players, 105 Grandmasters and 85 International Masters, the event starts in less than 24 hours.

Today at 20:00 CET (21:00 local time) is Captains meeting & Technical meeting. Some of the players, like Fabiano Caruana, Anish Giri, Harika Dronavalli, Krishnan Sasikiran and Maxime Vachier-Lagrave, have arrived earlier to acclimatize and get a feel of the wonderful island of the Colossus, while most of the teams are expected to land today in the afternoon.

The final preparations for the event are ongoing. The playing hall and the digital boards are being arranged.  The organizers have the obligation to transmit 100 live games, but they decided to relay all the games live.

Here are the first photos from Rhodes. Frequent updates and more information at the official website. 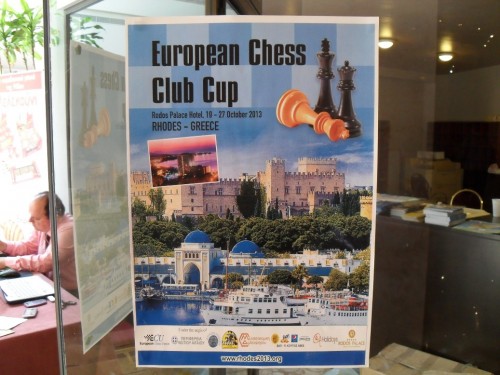 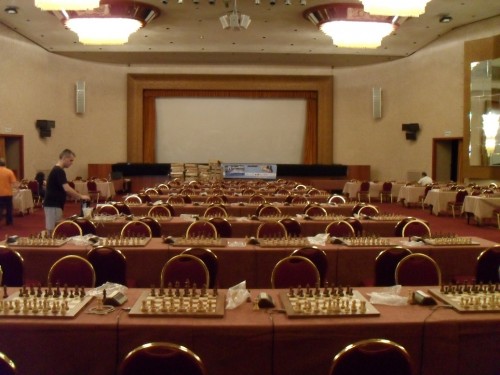 The playing hall is ready, the boards are setup to transmit ALL games of the Euro 2013 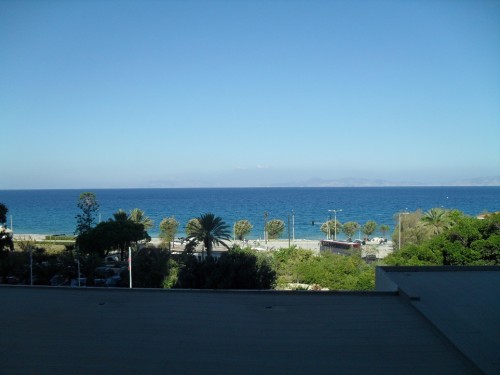 Chess and sea, the best combination