Cuban GM Yuniesky Quesada will try to go back to his winning ways in today’s round at the Elite Group of the Capablanca Memorial. He will face Dmitry Andreikin with the black pieces.

Quesada, who has a rating Elo of 2608, lost on Monday against Russian GM Ernesto Inarkiev (2688) with the white pieces in 63 moves of a Caro-Kann Defense.

Nevertheless, his tiebreak score is still better than Zoltan Almasi’s (2689), who beat Indian Pentala Harikrishna (2705) after 53 moves of a Spanish opening. The Hungarian is now tied in the lead with Quesada. 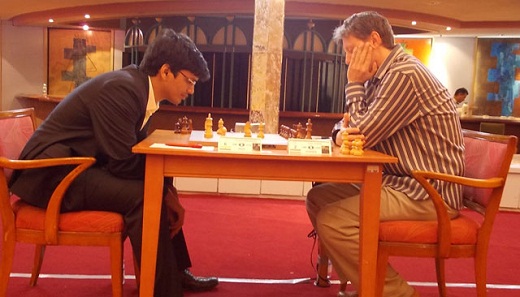 In the other game of the Elite group, Cuban GM Leinier Domínguez (2723) defeated Dmitry Andreikin (2727) with the white pieces after 36 moves of a French defense, and stepped into third place with 4.5 points.

“I am very satisfied with this victory, the first against an opponent that had beaten me twice in 2011, and who has been traditionally a though rival for me”, declared Dominguez to the press. 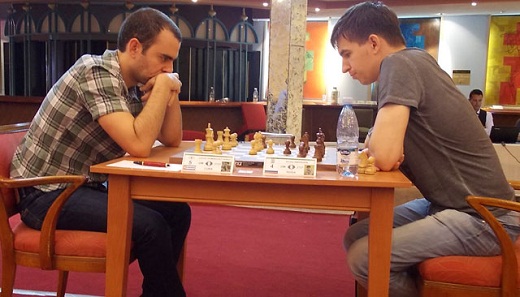 In the Premier Group, Cuban WGM Oleiny Linares (2361) and Nicaraguan IM Carlos Davila (2304) are still on top with 6.5 points each. Linares got her second IM norm already.

In the Open section, Cuban IM Juan Carlos Obregon (2501) is in sole lead with 6.5 points after beating his compatriot Alexei Fernández (2453).