After a start filled with draws, the Elite group of the Capablanca Memorial has gained some heat. Hungarian Zoltan Almasi emerged as leader after defeating Pentala Harikrishna and Ernesto Inarkiev in the third and fourth rounds, respectively. Cuban Yuniesky Quesada, who arrived as the lowest-rated player, surprised everyone by beating Russian champion Dmitry Andreikin, getting sole second place with a +1 score.

Both victories by Almasi were achieved with the white pieces against the Sicilian. In his game against Pentala Harikrishna, he took advantage of a big blunder by the Indian on move 33, when he lost a rook carelessly. In his win against Ernesto Inarkiev, the Hungarian executed a typical kingside attack on the g- and h-files. The Russian did not feel the danger, went for counterplay on the queenside and had to resign when Almasi built a mating net.

Yuniesky Quesada, on the other hand, needed 122 moves to force Russian champion Dmitry Andreikin to resign. The game started with the Caro-Kann Defense put forth by the Russian, Quesada played in rather positional fashion and gained space in the center gradually. In the queens endgame, Yuniesky showed good technique to convert his material advantage.

Local favorite, Leinier Dominguez, is the only player with an even score, after drawing four games in a row. 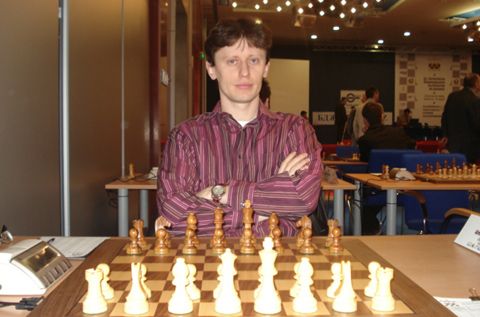