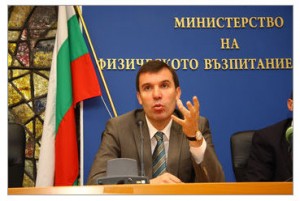 Silvio Danailov was reelected for one more term as head of the Bulgarian Chess Federation. He won the December 13th elections despite being investigated by the Sports Ministry for financial irregularities and being suspected of votes manipulations.

Silvio Danailov collected 45 out of 57 votes. He was the only candidate for the position, as his opponent Stefan Sergiev decided not to run for president due to the shady financial situation of BCF. Or as Sergiev figuratively put it himself, he “doesn’t want to enter into the swamp”.

Danailov shared for Dnevnik regarding the elections, “Being a President (of the Bulgarian Chess Federation) is a heavy burden for me… If someone finds another candidate, I am ready to step down.”

Ministry of Sports to investigate the BCF finances; Danailov to start two lawsuits against Sergiev

A couple of days ago Stefan Sergiev signaled to the Ministry of Sports that the Bulgarian Chess Federation has misused 500 000 eur state support for the European Women Chess Championship – an event where players cover alone their expenses.

At a meeting with Danailov, the Sports Minister Mr. Krasen Kralev has confirmed that there will be ан investigation. Mr. Kralev also talked to the executive director Nikolay Velchev, the vice president Nikolay Nedkov, and to the future board member Boyko Hristov about the situations at BCF.
Standard News reports that BCF and Mr. Kralev have agreed to work toward having chess in schools. However, the government of the project will be by the state and not the federation itself.

After the meeting at the Ministry of Sports, Danailov reacted strongly to Sergiev’s signal and promised to start two lawsuits against him. Danailov also qualified the presidency of his predecessor Sergiev as “incompetent”. The reason according to Dnevnik newspaper, which quotes Danailov, is that BCF under Sergiev has given back to the state 750 000 eur instead of utilizing the support money, a unique case in the history of the country, for which BCF is “laughed upon”. 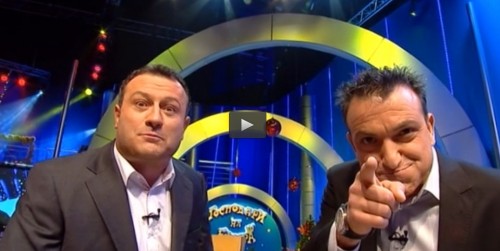 The whistle-blower of the alleged election votes fraud in BCF, Orlin Nikolov, is the other target of the federation. Maya Velcheva has already confirmed that BCF will sue Nikolov, however, even before that he will be targeted with “disciplinary measures”. BCF’s reason for the actions is “damaging the prestige of the federation”. More information about the Nikolov-BCF conflict will be revealed after he next episodes of “The Masters” are aired.

More on this weekend’s elections tonight, stay tuned with Chessdom.com