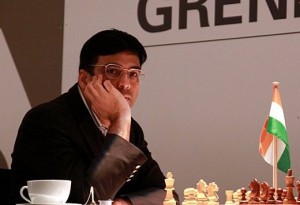 Grenke Classic 2013 continues with top level entertainment fr the audience. With the victories of Meier and Anand, and the loss of Caruana, everything is still up for grabs. Anand and Caruana now share the lead before tomorrow’s last round.

Fabiano Caruana arrived at today’s round 8 as the sole leader of the tournament and with decent chance to secure the overall first place. He played with the white pieces against Michael Adams. Fabiano got the pair of bishops quite early in the encounter, but Adams’ pawn structure was very solid. Caruana’s plan to play with a closed center never seemed to be a good idea; his king was more vulnerable and Adams had enough activity to create problems. The Italian started to lose the thread of the game before the time control and Adams showed great technique to transform his advantage into a deserved victory. 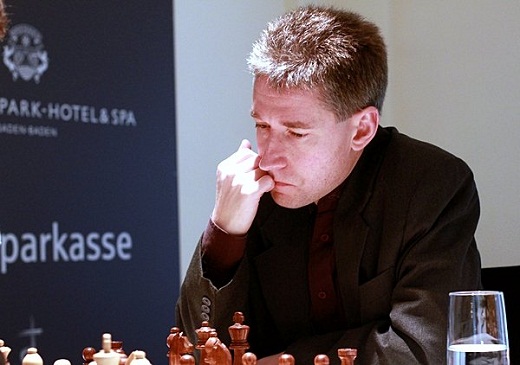 The World Champion Viswanathan Anand used his chance to catch up with Caruana, as he was the only participant that came to the round one point behind the leader. He faced GM Daniel Fridman with the white pieces. The German used his usual Petroff and the game was balanced after the first 20 moves. Fridman’s speculative play from that point on was not up to the task. Anand used his active pieces to get a pawn and an exchange in a dominant position. The German kept playing until it was completely clear that the Indian would win. Vishy now shares the lead with Caruana and can get his first tournament victory for the year tomorrow. 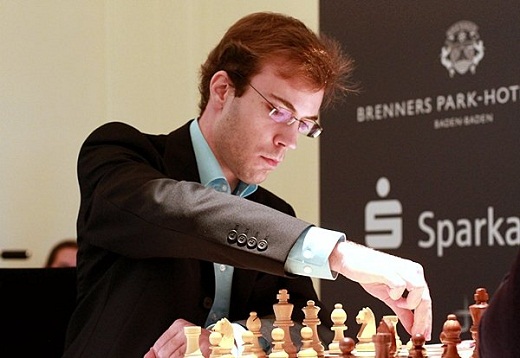 The last game of the day was GM Arkadij Naiditsch, who suffered a very disappointing loss yesterday, and GM Georg Meier, who has been showing good preparation and getting strong positions out of the opening. They played a Nimzo-Indian where Meier chose tho exchange the dark-squared bishops. Naiditsch seemed unprepared in the line, and combined with the psychological effect of the loss from yesterday, started drifting in the middlegame. Meier secured his second victory after 47 moves, thus getting 1/2 points ahead of Naiditsch, making him the highest placed local player.