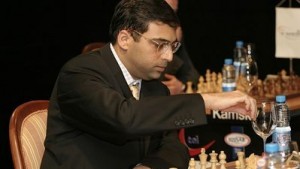 Anand highlighted that Magnus Carlsen is a very strong player and his results speak for themselves. Anand also said that he will undergo a serious preparation for the world championship match.

Anand did not want to share who will be his seconds after the withdrawal of Peter Heine Nielsen and Rustam Kasimdzhanov. He added that he doesn’t really pay attention on who will be in Carlsen’s team, even if it is Garry Kasparov himself.

Anand revealed that his preparation will start with analysis of Carlsen’s games: “I try to understand the opponent and then decide on how to tune my own game and try to achieve that.”