The third game of the FIDE World Chess Championship Match, sponsored by Tamil Nadu state and currently ongoing in Chennai, finished in a draw shortly after the first time control.

Carlsen was ready to enter the opening discussion by repeating the setup from the first game. Only this time he made an early c2-c4 advance, before committing with the d-pawn.

Anand responded by taking on c4 and the play was definitely heading to a different structure, compared to the earlier game. 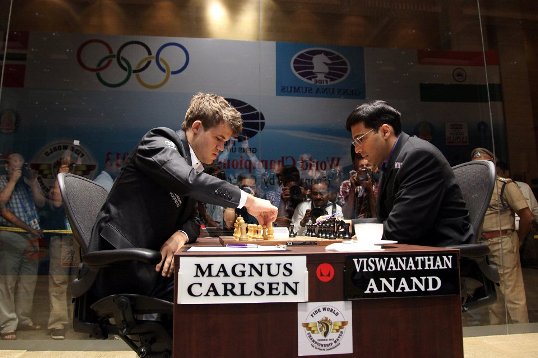 Black seized the space in the center with e7-e5 and the position was finally formed as Sicilian Dragon Reversed.

White had some issues with the pieces’ coordination, but he solved the problem by conceding bishops pair and opening the a-file.

Carlsen maneuvered his queen around until the piece landed on the ‘unusual’ h1-square. But the Norwegian already had his queen on h1 in one game earlier this year. 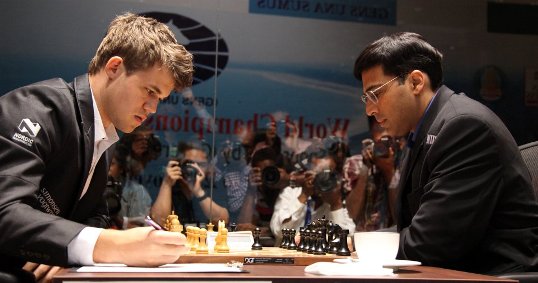 IM Aman Hambleton reminded us in his live commentary on Chessdom: “25. Qh1 – This kind of play is reminiscent of Carlsen’s victory against Karjakin at the Tata Steel 2013. The queen on h1 is nothing new for Carlsen, even the pawn structure is identical to that game. The main difference between this game and his encounter with Karjakin is that Anand has the two bishops and the a-file is also open, two things that work against Carlsen here.”

However, Anand immediately started advancing queenside majority, to which Carlsen answered by opening the play in the center with 28.e3.

GM Vidit Gujrathi commented on Chessdom: “A risky move, but I like it. Objectively it might be inferior but it is very tricky and a good practical try. After 28..de3 29.Re3-Bb2 30.Rae1 white creates a lot of play for the pawn.” 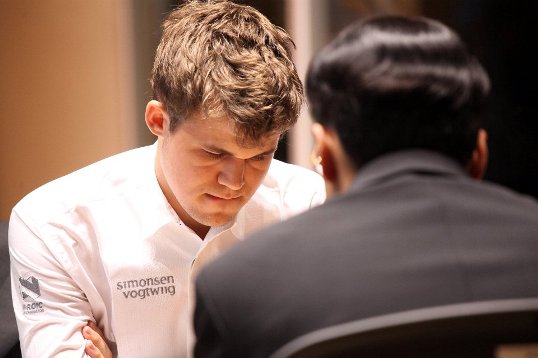 Anand could have snatched a pawn on b2, but he preferred to keep the initiative going with 29…Bd4. As the commentators pointed out, the opposite-coloured bishops and presence of the heavy pieces favour the attacking side.

In the mutual time trouble black lost the track and white was able to conveniently bring the queen back into game. Further, black lost the extra pawn and the game soon ended in a draw.

IM Hambleton: “37…Rd8 Exchanging so many pairs of rooks removes the winning chances, and now White has a number of ways to make the draw.” 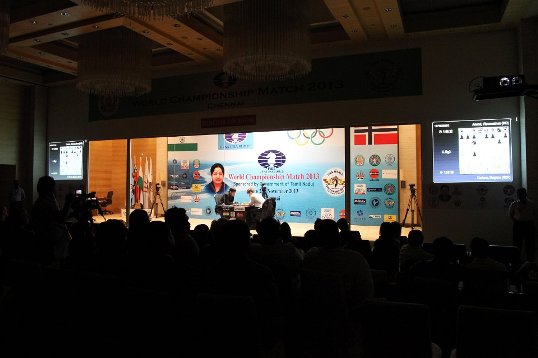 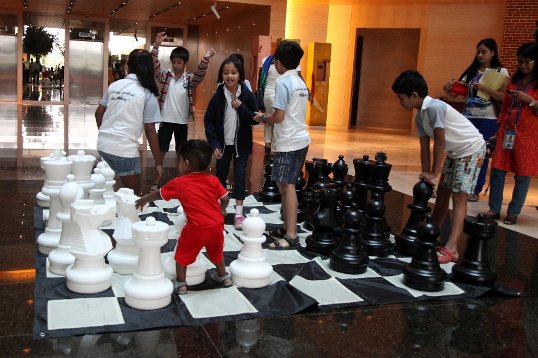 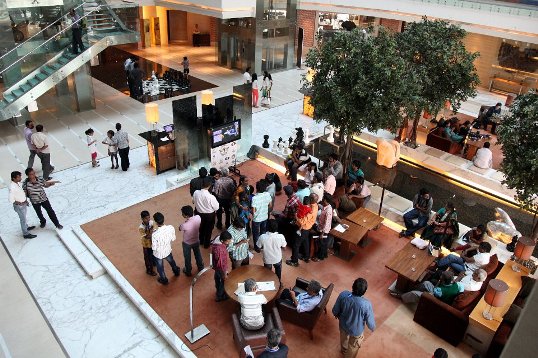