WGM/IM Anastasia Bodnaruk from Saint Petersburg emerged winner of the Russian Cup for Women after defeating WIM Margarita Schepetkova 1,5-0,5 in the final match.

The final event of the Russian Cup for Women was held from 11-18th December in Khanty-Mansiysk. Eight players with the best results throughout 2013 competed in the knock-out format.

Each match consisted of two games with classical time control, and if necessary – rapid tie-breaks. 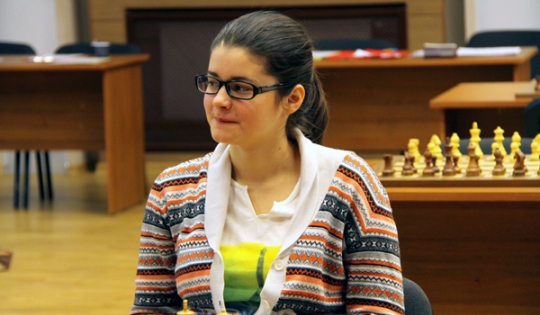