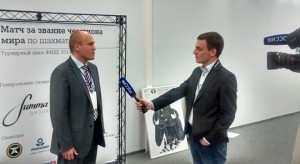 The Sport History and Statistics Fan Club has conducted a survey of journalists (primarily sports journalists) and press officers of sports federations.

The aim was to identify which Russian sportspeople had been popular in 2014 – a minimum of seven athletes – and also the most popular coach, team and manager.

This was the first time in the history of Russian journalism that such an extensive survey had been done, with almost 300 people taking part.