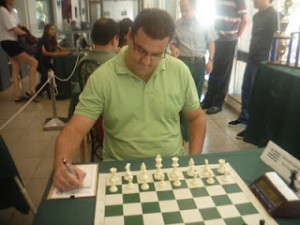 The LXXXII edition of Campeonato Uruguayo de Ajedrez took place in Museo de Historia del Arte in Montevideo, Uruguay. The tournament organized by the national chess federation and the Ministry of Tourism and Sports was a qualifier for players for the national team of Uruguay, which will participate in the Chess Olympiad 2012 in Istanbul.

The many times Uruguay champion and winner of Monte Caseros GM Andres Rodriguez, won convincingly the event two points ahead of competition with 10.0/11.

More information about the event in the Spanish version of Chessdom