Andrew Paulson, the founder of AGON, has been elected President of English Chess Federation at the Annual General Meeting that took place at the Euston Square Hotel on Saturday.

The results of the election, as announced by the English Chess Federation, are as follows: 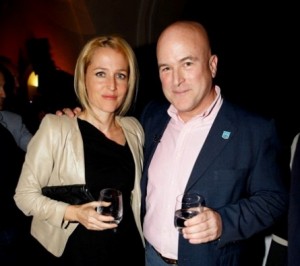 Before the elections Andrew Paulson issued an election statement, presenting his platform:

1. Leadership From my biography you will know that I am attracted to challenges and that I particularly
like to build things of honour, beauty and glory. An entrepreneur sees opportunities that others don’t
and makes them work. This is why I have been so drawn to chess in general over the last couple of years. I
can see all the parts lying about on the ground for the ECF to become a brilliant success and I think I know
how to pick them up and put them together. Beyond its day-to-day activities, the ECF needs a grand purpose;
I propose that it become the moral vanguard of functional and honest chess administration, throwing
up case studies in how to establish chess federations as professional organisations.

The ECF — often engaging in undignified squabbles over minutiae — suffers from the Narcissism of Minor
Differences. I will make sure that henceforth we focus on the large areas about which which we agree,
rather than be paralyzed by the details that hold us back.

After years of estrangement from and conflict with FIDE which has achieved nothing, the ECF should engage
with FIDE and urge upon it a new tone of transparency and collegiality which will improve the commercial
prospects of chess worldwide. My experience with FIDE should help us achieve this.

2. Innovation and Collaboration UK chess is the perfect laboratory in which to fine-tune old institutions
and test new ideas: our successes will show how organised chess everywhere should innovate. We
must also study the solutions that our colleagues around the world are implementing for challenges they
too are facing.

My first major initiative is a new business model to bring sponsorship revenue to all the ECF’s interests,
projects and affiliates, and to the ECF itself. The ECF will offer a consolidated asset (ALL of English chess,
here and abroad, at every level, every event, any individual) for sponsorship and act as a central clearing
house equitably to distribute this revenue to all participants. Interested members of the Executive Board
and the Council will draft a proposal for control of the asset and allocation of revenue; a commercial director
will be appointed or elected and paid to find the revenue and manage the sponsoring partners.

My second more long-term initiative will be to develop new event formats to make chess more of a spectator
sport and chess events more festive. This will serve both to increase attendance and membership but
also to establish a better commercial base for sponsorship.

3. Cohesion The ECF lacks leadership as evidenced by its disunity; it has a negative reputation, especially among its own members, as a consequence. I have an exemplary track record of creating healthy corporate
cultures in very difficult circumstances. I intend to repair the reputation, improve the efficiency and provide
strong leadership of the ECF so as to encourage estranged actors in the UK chess world to return to its
bosom. Too much talent has wandered off in too many opposing directions out of frustration.
My first concrete goal is to arrange for the Government to accord to chess the status of a sport. We will
actively support Malcolm Pein in his creation of an All Parliamentary Group reviewing the matter. Separately,
I will bring to bear the loud and committed voices of Peter Mandelson, Jeremy Hunt, Ed Vaizey and
George Osborne on this issue. After years of dilly-dallying, we will find the right button and push it.
Second, I will begin to work closely with English chess’ various independent entrepreneurs to better coordinate
their activities with an ECF that supports rather than restrains.

4. My Interest My personal interest — other than simply seeing a problem and wanting to fix it — derives
from the legitimacy I will earn as a spokesman for chess in Africa and India (where I am working to
develop projects similar to the ones I am proposing to initiate in England) if I succeed with the ECF. Therefore,
success with the ECF is a precondition to satisfying my personal interests, not the other way around.
Further, perhaps for good reason, I have found a general suspicion among chess players of businessmen
whom they think are trying to make a money off their backs; ECF President is a role that let’s me do good
and give back. Finally, some have questioned how much time I will be able to dedicate to the ECF. My answer
to this is that although not all my time will be devoted to the ECF, all of my time will be devoted to
chess.

Andrew Paulson also gave an interview, published in the renowned Yorkshire Chess Website. Here are part of the questions:

Q: Why have you chosen to stand for ECF President?

Q: Your rival for the role, Roger Edwards has much more experience within English Chess than you. Is this a serious handicap to your campaign?

Not at all. In fact, I proposed to Roger that we work together. That he take up the role of Chairman and I stand for President. He seriously considered this option and, if I am elected, I hope that he will continue to be a wise and steady hand on the tiller beside me. And, as I mentioned in my “Platform” I hope that many of the great figures in English chess who have drifted away from the ECF will return to advise and contribute.

Q: You talk about a new business model and trying to attract sponsorship, with “English Chess” being the selling point. How would you sell “English Chess?”

To the extent that sustainable, rational sponsorship of chess is possible, it will only come when all the bits of English Chess are aggregated to form a sizeable offering and packaged in such a way that a sponsor can reasonably expect a return on his investment. Otherwise, chess sponsorship is a charity (which is fine, but unreliable over the long term).

This question hides a second question: why does English Chess need money? And, if it had money how should it be spent? My role as president should be to help find some money (whether from Sponsorship or from the Government) and then mediate the debate as to how this money should be spent … which promises to be as divisive an issue as Membership.

Q: In the eighties England were ranked number two in the world and had around 8 players ranked in the top 100. Our standing has fallen since then and does not look likely to recover to those heady heights any time soon. How do you envisage the national teams improve their standing?

Q: Chess boomed in this country as a result of the Fischer – Spassky Reykjavik match which received so much exposure in the media. Would you consider ‘buying’ in a world champion to represent the England flag if it would bring that kind of exposure again?

Q: You have spoken fondly of Malcolm Pein. Would you like a stronger link between the ECF and Chess in Schools and Communities to allow more talent to be discovered and nurtured?

In any normal world, Malcolm would be working from inside the ECF which would give him an organized, formal platform from which to launch and execute his initiatives. This is why federations exist. A symptom of the ECF malaise that it is often ruefully stated that It is a good thing that Malcolm was defeated in his ECF election, as he got more done outside the ECF than he ever could have inside!

Q: How can the ECF help create an environment to have an English challenger to the world chess title?

I also think that more thought, attention and investment needs to be paid/made to women’s chess at every age level. This is a subject strangely absent from discussion today; ECF is doing women and itself a disservice by not being more pro-active in this area.

Q: Are you happy with how the ECF Council currently operates? Would you like to see One Member One Vote?

It would be presumptuous at the point for me to criticise the voting formula of the ECF Council. I think that the ECF needs to have more candidates for leadership positions, and its members need to behave in a more collegiate manner on all issues. As with match and tournament scoring, different systems can produce the same result … and it is enlightening when they don’t! There is no perfect system of electoral representation, including one member one vote.