The 12th Congress of the Russian Chess Federation took place on Saturday 1st February 2014 in Moscow, with delegates from 62 regional chess federations across the country taking part.

The congress approved changes to the Statutes of the Russian Chess Federation and elected new governing bodies. 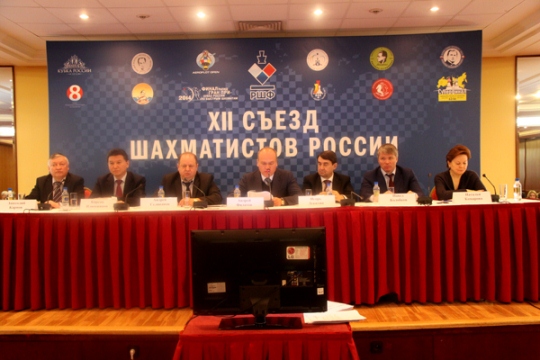 The businessman Andrey Filatov, nominated by a number of regional organisations, was elected President of the Russian Chess Federation by an overwhelming majority of votes – 75 out of 77.

Mr Filatov has replaced Arkady Dvorkovich, who has been the head of the federation for the last four years.

In his speech, Mr Dvorkovich asked the congress not to extend his term as president of the federation because of his heavy government workload and recommended the delegates should support the candidacy of Andrey Filatov, who is well known in the chess world as one of the founders of the “Chess in Museums” programme and as the initiator and sponsor of world-class chess events such as the 2012 World Championship Match and the 2013 Alekhine Memorial.

Mr Dvorkovich himself expressed his willingness to serve on the federation’s Board of Trustees, thereby helping to develop and promote Russian chess.

In his first speech in the new role Andrey Filatov thanked the congress delegates and the previous leadership of the Russian Chess Federation for their trust.

“This is a great honour for me,” said Mr Filatov. “I am sure that by working together we shall enable Russia’s chess players to really fulfill their potential and to maintain the leading position which they have achieved in the world in recent years. The main areas of our work are to increase the popularity of chess in Russia and to develop children’s and young people’s chess. Chess is not only a sport but also an excellent way of addressing social issues.” 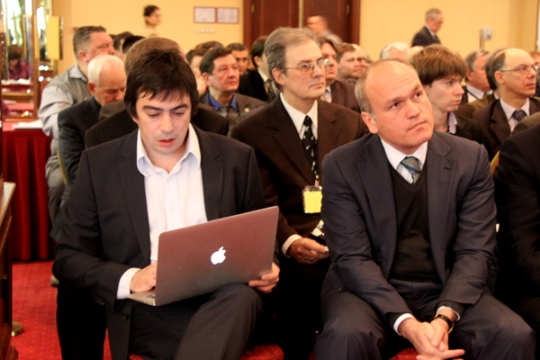 Filatov also thanked Mr Dvorkovich for being willing to join the federation’s Board of Trustees and noted the excellent work being done by the federation. He said that never in the post-Soviet period had Russian chess had such success and such a high level of support.

At the suggestion of the federation’s President the congress voted for a new Supervisory Board consisting of five vice-presidents and 26 representatives of the regional federations.

The Supervisory Board appointed Mark Glukhovsky, editor in chief of 64 Chess Review, to the post of Executive Director of the Russian Chess Federation in place of Ilya Levitov. 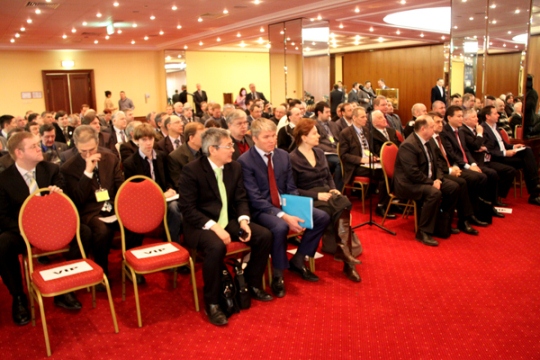 Delegates from 62 regional chess federations across the country