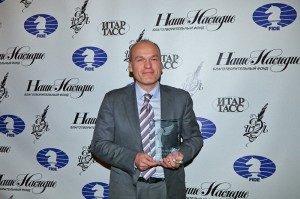 Last week we published about the unexpected handshake between Danailov and Ilyumzhinov. Today the story goes deeper, as Andrey Filatov has started a lawsuit again Silvio Danailov.

Pre-history of the conflict

For the past several years Silvio Danailov has become the infamous twitter of the chess world. He has been tweeting on a daily basis political propaganda, often full of slander, vulgarities, and inappropriate language, mainly adhering to ad hominem attacks. This has especially intensified after the discovery of the large financial irregularities in the Bulgarian Chess Federation and the European Chess Union under his rule (see here, here, here, here, and here).

While most people have ignored Danailov’s tweets as worthless, Filatov has felt especially offended and has taken action.

In a tweet this January 12th Silvio Danailov states, “Introducing Andrey Filatov, brand new member of Makro&friends criminal gang.He met Makro secretly in Cote D’Azure in May 2017 and was offered to run for #FIDE president with Makro’s team in exchange of 5.000.000 U$D. As he doesn’t speak any language Polina Tsedenova was translating”. 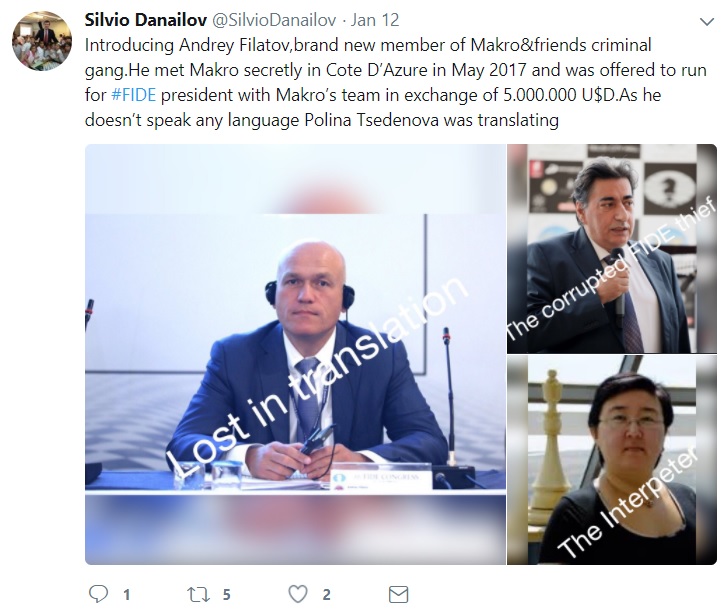 There was immediate reaction by Filatov and just 12 days later the full lawsuit has been entered in the Sofia District court. In the case by lawyer Liliana Bakayoko we read, “On the 12th and 13th of January the accused [Silvio Danailov] has spread in English and Russian misleading information for the private demandant [Andrey Filatov] and has attributed him a crime of bribery under Art. 301 of the penalty code, as he published on the Internet […] in the free social network Twitter the following message [tweet citation follows]”. The court case continues, “Thus, the defendant committed the crime of defamation in respect to [Andrey Filatov]”.

In a clarification by Filatov’s advocate we read that the fact that the tweet has also been published in Russian has direct effect on the elections for the Russian Chess Federation.

Filatov and his lawyer Bakayoko request, “[Silvio Danailov] to pay 100 000 eur as compensation for damages suffered”

Here is a photo of the first page of the lawsuit the entered the Sofia District court today. 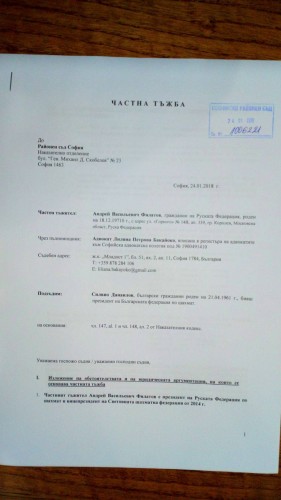