On June 1, the International Children’s Day, Dagomys will host another final of White Castle, a team chess tournament for schools.

For the second consecutive year, foreign teams will participate in the final along with Russian schoolchildren. This year the tournament will welcome more youngsters from abroad, and the RCF takes special pride in succeeding to invite Chinese schoolchildren. Russian Chess Federation (RCF) President Andrey Filatov discusses the tournament and the activities of the RCF.

– Mr. Filatov, in a very short time, White Castle has not only regained the status of a nationwide tournament, but has also become a de facto international competition. How did the RCF manage to achieve this?

– First of all, I must say that White Castle is a very special project to all of us. It is a tournament with a forty-year history. I myself used to participate in this tournament back when I was a young chess player. Kids gain an enormous amount of experience playing and socializing during the tournament, and it subsequently helps them to grow into great chess masters. That is why we have been working at this project with all our hearts. And it is telling that two years ago President Vladimir Putin opened the competition personally. It was the first time in the history of the USSR and Russia, where the head of state personally visited a chess tournament. 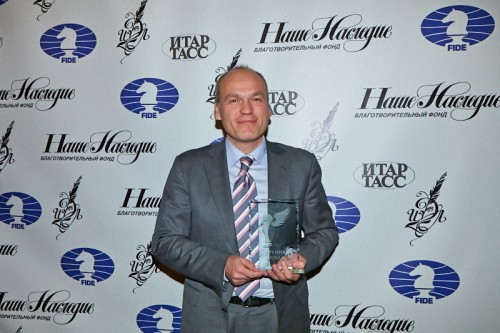 – Last year, the tournament has become international, with children from six foreign countries traveling to Dagomys. The winner was Armenia. This year you have succeeded in inviting schoolchildren from China. Do you consider this a great success?

– Of course. Chess in China is progressing by leaps and bounds. Men’s team won the last Chess Olympiad. The world champion Hou Yifan has virtually no rivals among women. China has placed stakes on chess. And the fact that their schoolchildren will take part in White Castle is very positive for cooperation between our countries, both in sports and in other areas.

– Indeed. We organize the Friendship Match there. The first time it was held in Beijing, the second – in Shanghai. For our kids it’s a great chance to see the world and prove themselves. I am curious about the results the Chinese youngsters will show in Dagomys this year. Everyone knows that they are always fighting for the top spot only, which will make the tournament all the more interesting. In addition, this year we will also be welcoming schoolchildren from the Baltic States – Latvia and Estonia.

– This year Russia has won the right to host the world championship among schoolchildren. Was competition among candidate countries fierce?

– Absolutely. Turkey, China, Italy… And the fact that we have won this race, that the championship will be held in Sochi, is very significant. 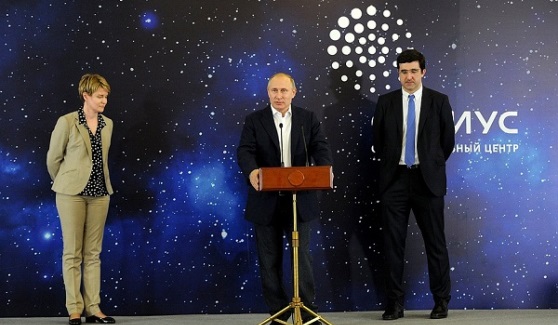 – Quite recently, a chess school of the 14th World Champion Vladimir Kramnik opened at Sirius, an education center under the auspices of the President…

– And again, our President personally inaugurated the school. Vladimir Putin clearly stated that the country will always support chess, and that Kramnik’s experience will help develop new GMs. But most importantly, youngsters from across the country now have a chance to learn chess in this unique school. This is important for the regions. Russia is seeing a chess boom and many governors are paying attention. Now many parents want their children to play chess, with an opportunity for the best of the best to benefit from sessions with Kramnik. Vladimir Kramnik himself was at one time invited to the Botvinnik’s school. And he later stressed more than once that those lessons helped him become a world champion. I hope chess will also eventually conquer those regions that have not yet grasped all the benefits of our game.

– Can you tell us about your work in orphanages?

– Chess in Orphanages is a separate program of the RCF. We select coaches and provide orphanages all over the country with supplies: we buy and deliver chessboards, clocks, and manuals. And even if many of these children do not become grandmasters and masters, chess will definitely help them in life. And if a chess section opens in every orphanage (and that is exactly what is going to happen!) we will know that our efforts have not been wasted. Our program currently covers more than 300 orphanages, and we have no intention to stop there.

– Are those sponsored projects?

– Yes, most of our programs would not be possible without the support of our partners. We are grateful to companies that support the development of chess. Their numbers grow every year. We also have many individual sponsors who support specific projects or their regions and who prefer to remain unnamed. Our regular partner is the Charitable Foundation of Elena and Gennady Timchenko. They are leading the programs «Chess in Schools» and «Chess in Museums». Many of our activities would not be possible without Fosagro. UES Federal Grid Company supports our chess teams. ECAR is a sponsor. And in the coming days we will sign a cooperation agreement with RENAULT Russia, one of the biggest global automobile brands. And trust me, this is only the beginning. Hopefully sponsors will start paying more attention to us, and that regional governors will compete for the title of the region with the best chess school and the best team at White Castle. 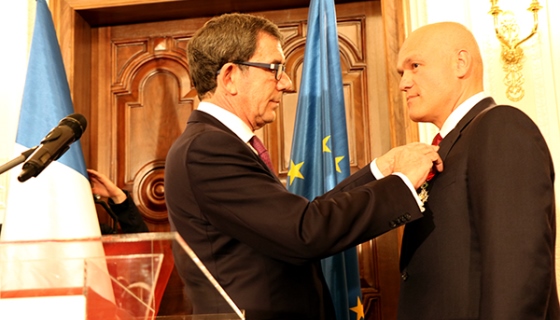 – This year you have received quite a collection of prestigious personal awards. A UNESCO distinction and the Order of the Legion of Honor, the highest honor bestowed upon you by France. More recently, by Edict of the Russian President Vladimir Putin you have been awarded the Order «For Merits to the Fatherland» (II Degree), for your contribution to the development of physical culture and sports. According to a survey of journalists, you are the country’s best sports manager. Are you flattered?

– I am not flattered, I am very proud. I consider this as recognition of the entire RCF team. I am proud that our work has been rewarded, even though we are obviously not doing it for awards. When I funded restoration of the ruined funerary monument to the great champion Alexander Alekhine in Paris, I did not think that would touch the French Republic and will later become one of the reasons for honoring me with the country’s highest state award. When we help orphanages or inaugurate the first ever chess museum, which is now developing fast, we do not have prizes and medals in mind. Our goal is for chess to occupy even a more prominent place in modern Russia than in the USSR. Our sport is our nation’s intellectual strength. And we are still just at the start of a long journey…