After five rounds, the open event is led by Muscovite IM Andrey Stukopin and the girls section by Anna Gvanceladze, who is also representing the Russian capital.

Stukopin started slow with two draws, but managed to win three straight games to take the pole position at the equator of the event. His sixth round game will be very important, as he faces rating favorite Vladimir Belous, who is half a point behind in the standings.

Gvanceladze also started slow, actually losing against Dina Belenkaya with the black pieces. However, she was able to recover and get three wins and a draw in the next four rounds.

Online broadcast of the games 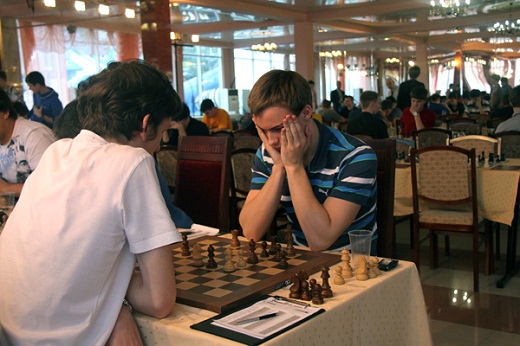