The 17th Rochefort Chess Festival was held from 17h to 23th February at the Congres Palais, in Rochefort, France. The event was a big success with 220 participants, 10 GM and more than 30 titled players.

76 players competed in the Masters section which was reserved for the players rated above 1900. Grandmaster Andrey Sumets (Ukrainia) won the first place with 6,5 points.

He was followed by 6 players with 6,5 points too. The podium is completed by International master Radoslav Dimitrov (Bulgaria) and Grandmaster Yuri Solodovnichenko (Ukrainia), several times winner of the tournament. 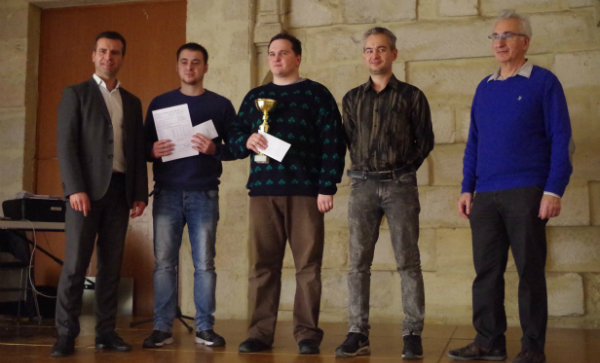 Podium with mayor of Rochefort and organizer

Another proof of a very high level of the competition, the world number 71, GM Anton Demchenko (Russia) finished only 6th.

The tournament was a real success with not less than four title norms: 3 Grandmaster Norms for IM Radoslav Dimitrov and IM Ivaylo Enchev from Bulgaria and IM Jose Rafael Gascon Del Nogal from Venezuela, and one IM norm for Rakesh Kulkarni from India.

The Accession tournament, available for players rated under 2000, had 144 participants. The winner is the young Indian player Nandhini Saripalli. She is followed by Herve Camilleri (FRA) with also 7,5 points but worse tie-break, and Olivier Grandmougin (FRA). 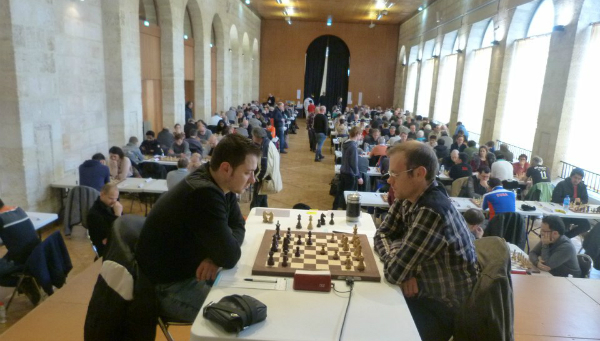