He will face 25 European Commission employees. Giri will play the simultaneous at the Permanent Representation of the Netherlands at the EU.

Tata Steel thus builds on the Torentje Schaak Simultaan tradition, which sees one of the participants in the Tata Steel Masters play parliamentarian chess players in the Dutch Parliament building in the Hague. This event always takes place two days after the Tata Steel Chess Tournament. This year world champion Magnus Carlsen played that simultaneous event. 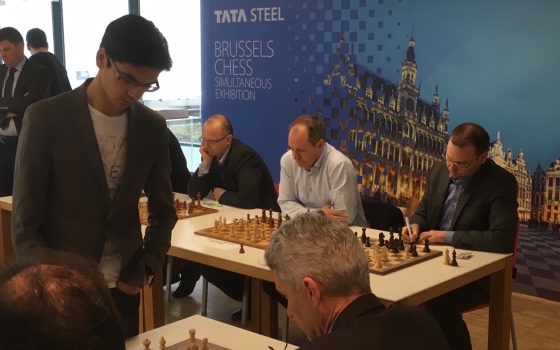