The final tournament of the FIDE Women Grand Prix 2011-2012 in Ankara resumed after the rest day. In round 5 the leaders Humpy Koneru and Ruan Lufei drew their games and allowed the top-seeded Anna Muzychuk to catch up on the shared first place.

The match Socko Monika – Muzychuk Anna saw a quiet start with the Exchange Slav defence, but later the aggressive Polish player couldn’t hold back and tried an offensive on the king’s flank. Muzychuk parried the threats and held approximate equality. 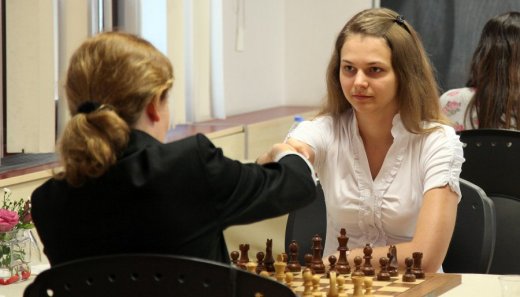 Right after the time control Socko made a hasty move with the knight and lost a pawn. Muzychuk proceeded to convert the advantage.

In the Chinese derby Zhao Xue defeated Ju Wenjun in the King’s Indian defence. Ju made a careless move with her a-pawn allowing White to execute a fine tactical sequence which left her with significant positional advantage. Zhao eventually won after 55 moves of play. 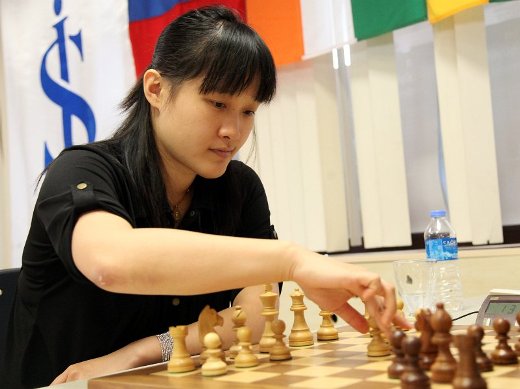 Zhao Xue scored a victory against her compatriot Ju Wenjun

After five rounds of play Humpy Koneru, Anna Muzychuk and Ruan Lufei are leading with 4 points each.

The Women Grand Prix is taking place from 15th to 29th September in Ankara, Turkey. 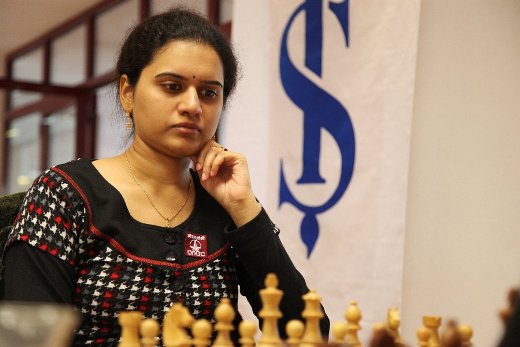 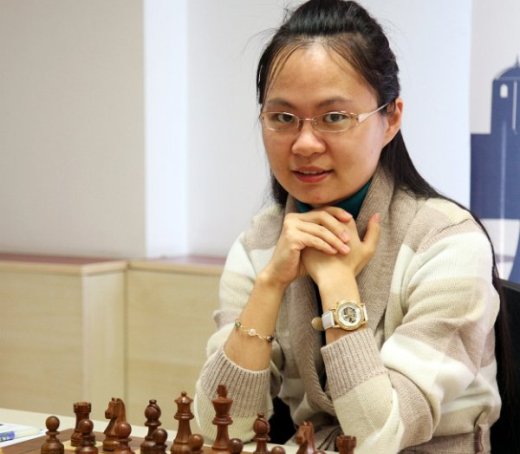