Chess club Etyud from Yekaterinburg celebrated its 25th anniversary. On this occasion 32 strongest chess players from the Sverdlovsk region gathered for a nine round tournament.

Preceding the main event there were two qualifying competitions: first for the junior members of Etyud, second for the public.

Alexander Motylev took a clear first place with 7,5/9 points, leaving the second placed Roman Ovechkin half a point behind. 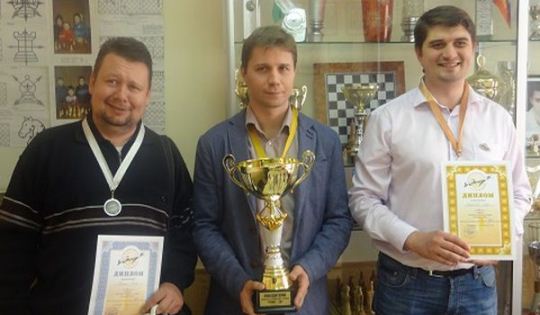