The Annual Heroes Day International Chess Festival got off to a rousing start at the Amaryllis Hotel on Barbados with local players battling the Caribbean’s best and international masters as well.

In the Digicel Masters section, the USA based Turkmenistan Grandmaster, Mesgen Amanov, the tournament’s top seed overcame a stiff challenge in round one from International Master Terry Farley to register his first point on Barbadian soil.

Barbados’ highest rated player International Master Kevin Denny also ensured that he put points on the board, by defeating Fide Master Shane Matthews of Jamaica. Also opening his account in round one was Trinidad’s Fide Master Ryan Harper against Fide Master Delisle Warner of Barbados. 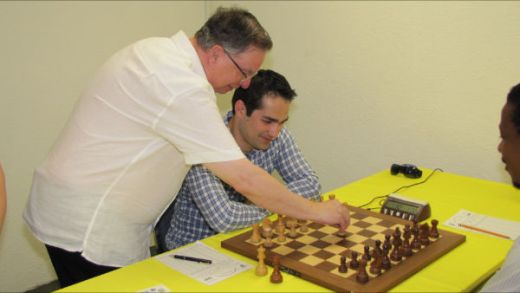 Round 2 of the Masters was equally riveting, with the 6 masters play some determined and inventive chess. Grandmaster Amanov faced Shane Matthews of Jamaica, but he found the going rather difficult and he had to struggle for a draw. Matthews eager for the win against the Grandmaster played quickly and miscalculated the endgame allowing Amanov to draw by perpetual check.

The draw left the Grandmaster on 1.5 points, ½ point behind Barbados’ top player International Master Kevin Denny who leads the pack on 2 points having defeated Fide Masters Shane Matthew and Ryan Harper in rounds 1 and 2 respectively.

The tournament is being played at the Amaryllis Beach Hotel, Hastings, Christ Church and concludes on Wednesday, May 1, with 2 rounds being played each day. 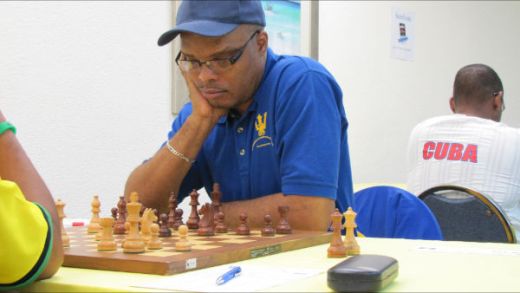