The third edition of the Arab Elite Chess Championship – Kirsan Ilyumzhinov Cup opens today with 16 players from 15 Arab countries vying for the most prestigious individual chess title in the region. The competition kicks off at 6 pm at the Sheikh Saeed Bin Hamdan Al Maktoum Hall of the Dubai Chess and Culture Club.

The opening ceremony will be attended by senior sports officials in the UAE, including the Dubai Sports Council, Ibrahim Al Bannai, President of the Arab Chess Federation, and representatives of the International Chess Federation (Fide).

Tunisian player Fide Master (FM) Amir Zaibi completed the cast of participants as he arrived Wednesday morning. Ali Shamas Salim Issa, on the other hand, is the first player from Oman to compete in the Arab Elite Championship.

Asian champion and the UAE’s number-one ranked player Grandmaster (GM) Salem Abdul-Rahman Saleh (Fide rating 2614) is one of the early favorites as the tournament’s second seed. He will meet stiff competition from Egyptian top-seed GM Bassem Amin (2633), GM Mohammed Al-Sayed (2501) from Qatar, GM Mohamed Haddouche (2492) from Algeria, International Master (IM) Basheer Al Qudaimi (2405) from Yemen and IM Sami Khader (2376) from Jordan. The host club’s FM Saeed Ishaq has also been invited to the tournament where he will be looking to secure a GM norm.

A players’ meeting was held this morning presided by Mohammed Al Husseini, Executive Director of the Dubai Chess and Culture Club and the tournament director, to select the members of the appeals committee and discuss the tournament regulations.

“This year’s edition of Arab Elite Championship features a very competitive field with four of the region’s top grandmasters vying for the prestigious title. The UAE’s GM Salem Abdul-Rahman Saleh will have strong local support, but GM Bassem Amin, GM Mohammed Al-Sayed and GM Mohamed Haddouche are all very dangerous opponents in a top-level event such as this,” said Al Bannai. “As host of the event, Dubai Chess and Culture Club is also very pleased to see our player FM Saeed Ishaq being given an opportunity to shine in such a prestigious tournament. This will surely help draw greater interest from our students and the entire chess community in Dubai.”

The tournament, supported by Fide President Kirsan Ilyumzhinov, offers a total cash purse of US$20,000 for the winners, with US$8,000 and the Kirsan Ilyumzhinov Cup going to the champion. The rest of the top six players will also receive cash prizes. 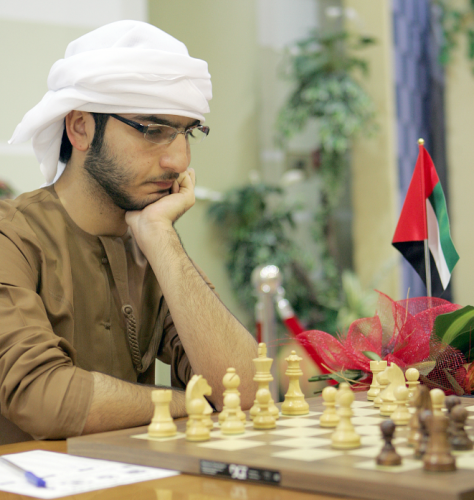 GM Salem (UAE) is the winner of 1st edition 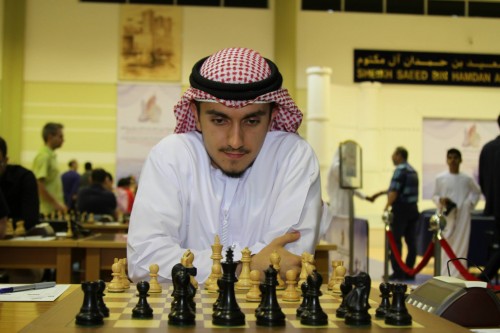