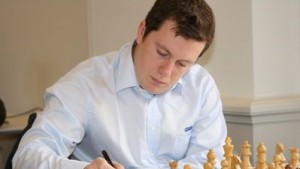 Top rated German chess player Arkadij Naiditsch is set to change the federation and play for Azerbaijan in the future, Stefan Loffler reports for the Frankfurter Allgemeine Zeitung.

Naiditsch is the only German player rated over 2700 FIDE and he defeated the World Champion Magnus Carlsen twice in six months.

Naiditsch has long been at the odds with the German Chess Federation, even if in between he led the national team to the amazing victory in the 2011 European Team Chess Championship. At some point he even contemplated switching to play for Serbia.

FAZ mentions that the recent Congress of the German Chess Federation in Halberstadt did not even discuss Naiditsch’s situation.

The move is coming at the time when the top chess federations are looking to strengthen their teams for the 2016 Chess Olympiad in Baku.

According to the rumors, Azerbaijan tried to sign Fabiano Caruana, but the Italian/American national accepted the offer to move to the US Chess Federation.

Asked about an offer from Azerbaijan, Caruana said: “Yeah, there was some interest, but I really think I shouldn’t discuss it”.