The Armenian government decided on August 25 to allocate AMD 45 million (approx 85.000 EUR) to the Ministry of Sport and Youth Affairs to award the national chess team members, who won the gold medal at the World Chess Team Championship in Ningbo, China.

Previously, Armenian chess players had three bronze medals from the world championships: first in Switzerland in 1997, then in Yerevan in 2001 and in Israel in 2005. 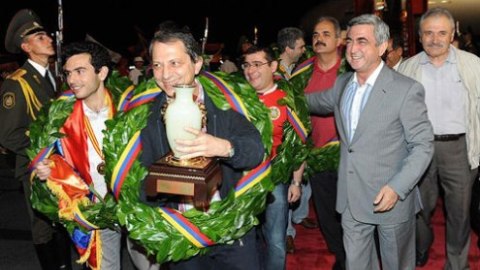