The Armenian Chess Federation has announced the lineups for the European Team Chess Championships which will be held in Porto Carras, Greece on November 2-12, 2011. 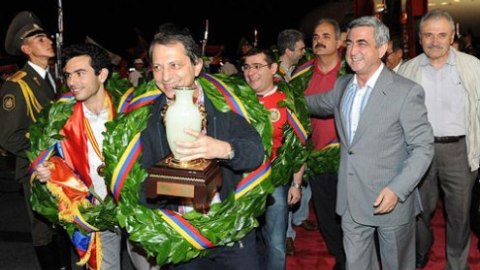 Serbian teams were announced back in July