The main event of the year continued today at the IET in London. The sixth round saw both leaders playing the black side of the Ruy Lopez defense. Magnus Carlsen defeated Peter Svidler before the time control, while Levon Aronian took a little longer to beat Teimour Radjabov. The leaders have now opened a gap of 1.5 points over their closest followers.

Peter Svidler opened with 1.e4 and Magnus Carlsen answered with the Spanish Defense. The Russian decided to avoid long theoretical lines and used the setups with an early d3. Carlsen developed his pieces naturally and somehow managed to get an active position. When the tension in the center broke and some simplifications took place, Carlsen ended up with better placed pieces – his pawns were fixed on light squares, opposite to the color of the remaining bishops. On top of that, the Norwegian had a half hour advantage on the clock.

The best rated player in the world was able to convert his positional advantage in 36 moves. Svidler, who should have tried to go into a worse endgame where he still had theoretical chances to get a draw, chose to activate his pieces with very little time on the clock. He tried to use some traps to confuse his opponent, but Carlsen reacted calmly and correctly. This led to Svidler’s bishop getting trapped on the center of the board, 0-1. 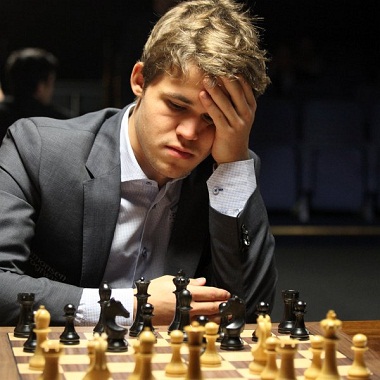 Teimour Radjabov also went for a d3-setup against Aronian’s Spanish. This game, however, developed differently than Carlsen’s. Radjabov played more actively, advancing his kingside pawns in the early middlegame. The Armenian responded accurately and obtained a better pawn structure, a factor that came into play later in the game.

After falling behind on the clock, the Azerbaijani managed to come out of time trouble alive. The Armenian started to maneuver to put pressure against his opponent’s slightly weak king. It looked like it would be a long squeeze for Aronian, but only a few moves later, Radjabov blundered with 53.Nxe5. The Armenian star took advantage of this mistake immediately and the resignation came one move later. 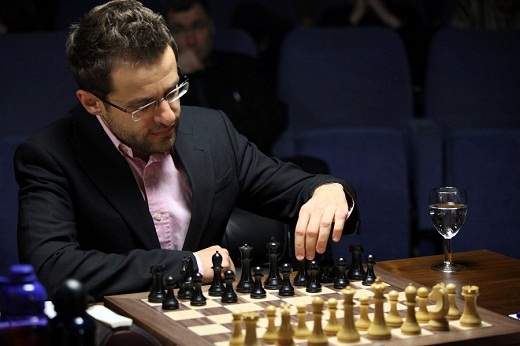 Vassily Ivanchuk was close to get his third loss on time in his game against Vladimir Kramnik. The Russian demonstrated why he is known as one of the greatest theoreticians in the world by playing the opening with precision and without spending too much time. On the other hand, Vassily started to think deeply right from the start. Eventually, the Ukrainian only had 1 minute left for the remaining 13 moves before the time control.

Kramnik played the speculative 24.Ra5 to take advantage of the situation, and Ivanchuk managed not to blunder despite the little amount of time he had left. The ex-world champion wisely accepted to repeat the position and sign a draw, given that Ivanchuk would have obtained an edge if he managed to survive the time trouble. 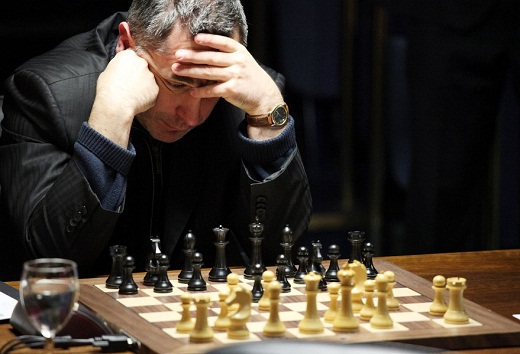 World Championship challenger Boris Gelfand could not convert a big positional edge he had in his game against Alexander Grischuk. The players explored the Rossolimo Variation of the Sicilian Defense. Gelfand, once again, proved the depth of his preparation for the World Championship match against Anand, as he equalized easily in the opening and got quite a big edge in the middlegame. The computer points out that 36…Rxa2 would have given him a winning advantage, but he preferred to play it safe and protect his king. Grischuk defended stubbornly and obtained the draw in 55 moves. 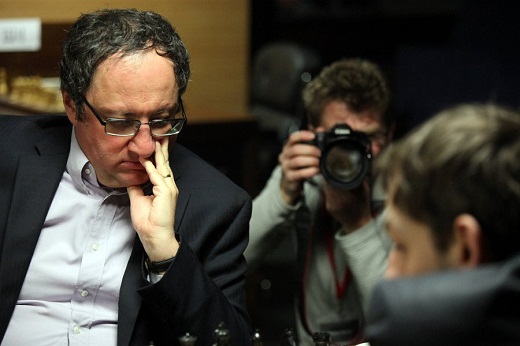 Tomorrow will be the second rest day in London. The 7th round will be played on Saturday, March 23rd: Carlsen – Radjabov, Aronian – Grischuk, Gelfand – Kramnik and Ivanchuk – Svidler.