Buddhika Amarasinghe of Sri Lanka won the Asian Amateur Chess Championship 2014 convincingly with a 7.5/9 score to win by a clear margin.

This event was held from December 5-12, 2014 at the beautiful Citrus Resort Hotel. It was organised by the Chess Federation of Sri Lanka on behalf of the Asian Chess Federation. 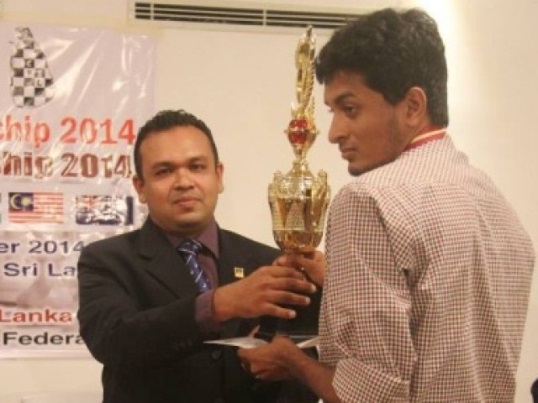 Baimurzin Aitkazy of Kazakhstan was extraordinary in his 8.5 out of 9 score as he became the Asian Senior Championship at Sri Lanka. He ceded a draw to Sawadkuhi Massoud of Iran and won all other games.

Ismail Ahmed, 6.5 points of Malaysia won the 3rd place but awarded the silver due to Mr. Massoud opted for Gold in over 65 event.

Women Candidate Master Mrs. Helan Milligan with 6 points opted the Bronze medal instead of the Asian Senior Women Championship with another hope of a title.

TDR Pieris of Sri Lanka tied with Ms Milligan but had to be 4th on the tie breaker.

Abdulla Ibrahim and Ahmed Naeem, both from Maldives won the Silver and Bronze Medals of the Asian Senior Championships 2014 respectively. 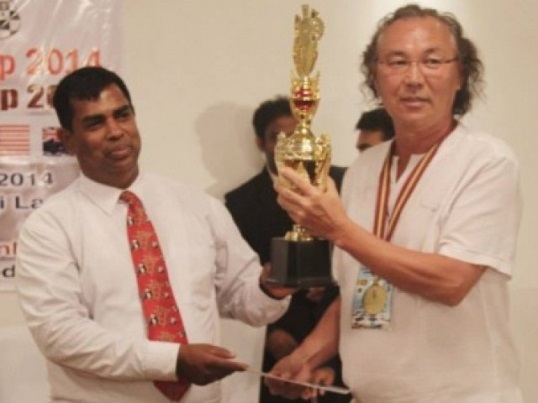