After two rounds in the open section of the Asian Zone 3.3 Championships, five players remain perfect with 2/2. Big favourites Wesley So and Nguyen Ngoc Truong Son together with defending champion Susanto Megaranto are joined by the in form Mark Paragua and Darwin Laylo.

The match up of round two was of course the top board encounter between So and the legendary Eugene Torre, the man from whom he has taken over the leadership of Philippines chess.

So will be up in round three against Paragua while Megaranto will test Nguyen and Laylo will float down to play Dao Thien Hai. With round four also being played that day a clear leader is expected by the end of the evening! 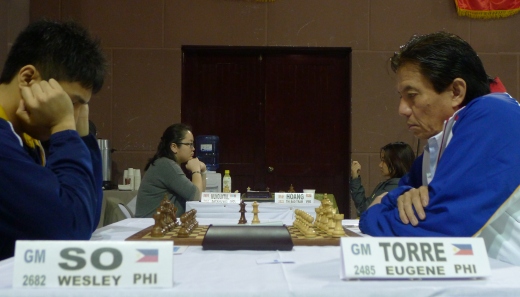 Wesley So and Eugenio Torre

In the woman event, Batkuyak Mungultuul also leads with 2/2 together with her main challenger Pham Le Thao Nguyen and Nguyen Thi Thanh An who upset the more fancied Tuvshintugs Batchimeag in an early Mongolia-Vietnam match-up.

In round three, the two favourites, Mungultuul and Pham, will already meet in an encounter that could already decide the winner. 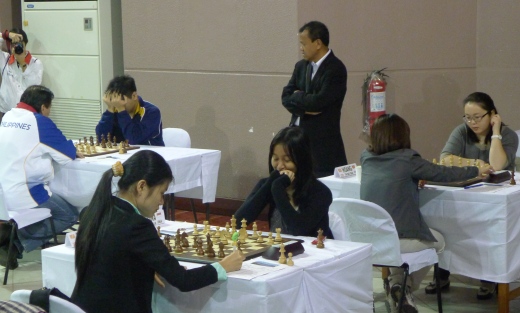 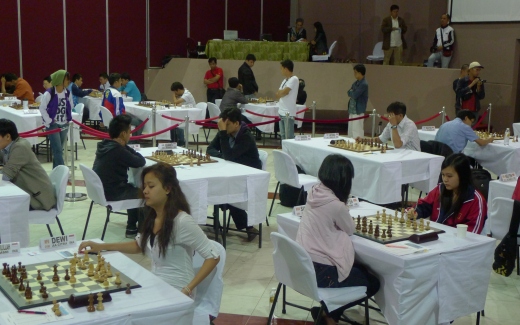