It is now round seven, two thirds through the nine round Asian Zone 3.3 Championships being played in Tagaytay, Philippines and tension is mounting.

While Wesley So and Nguyen Ngoc Truong Son lead with 5/6 and remain firm favourites, they have not been able to run away with the Open Championship and there is now a real sense amongst the other contenders that a result is always possible with the white pieces. 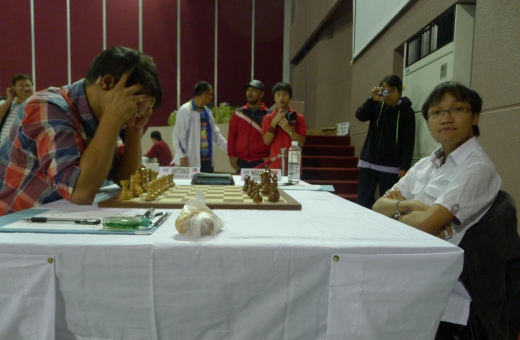 The big game of the day is clearly the top board encounter between Rogelio Antonio (4.5) and Nguyen Ngoc Truong Son (5) and try as he did Antonio could find no way to breakthrough, while on second board Wesley So (5) who faced GM Candidate Nguyen Duc Hoa (4) and brought home the full point and take the lead.

On board three the battle of previous zonal champions, Darwin Laylo (4) and Susanto Megaranto (4) ended in stalemate, while on board four, new GM Gundavaa Bayasaikhan (4) and veteran Cao Sang (4) fought it out and in the end the older man’s experience prevailed. 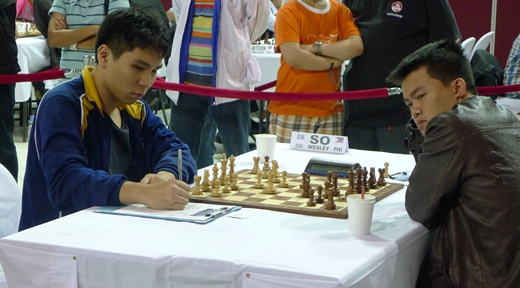 So at the end of round seven, So is first with 6/7, Nguyen Ngoc Trong Son second with 5.5/7, while Antonio and Cao Sang share third and fourth places with 5/7, and from fifth to eighth places, with 4.5/7 Laylo and Megaranto are joined by John Paul Gomez who won against Tran Tuan Minh and Mark Paragua who defeated Richard Bitoon.

In the Woman championships, all eyes were on the game between young 16-year old Bernadette Gallas (4) and Nguyen Thi Thanh An (5) as a win by the confident and talented girl would throw the event wide open but despite some wonderfully enterprising play, the experienced Vietnamese tournament leader proved to be just too strong with a nice attack on opposite castled sides. 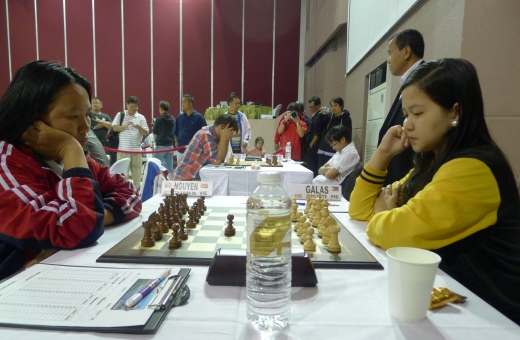 On second board Hoang Thi Bao Tram (3.5) was up against Medina Warda Aulia (4) who needed to win to put some pressure on the starting to runaway leader but she lost to her experienced GM opponent but Chelsie Monica Shite (3) emerged victorious over top seed Mungultuul Batkhuyak (4) with the latter perhaps needing the point even more!

Nguyen Thi Thanh An now leads with 6/7, one and a half points ahead with two rounds to go and as she now meets her countrywoman Hoang in the eight and penultimate round, she is expected to offer a draw and be all but confirmed as the champion! 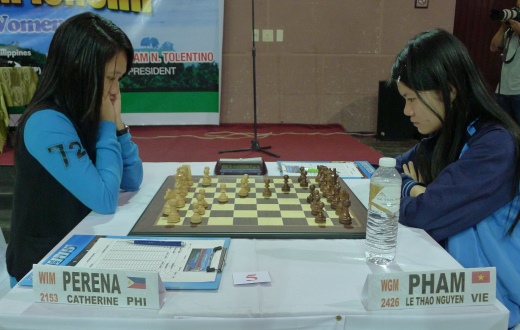 Joining Hoang in second and third places with 4.5/7 is one of the most talented young Vietnamese players, Nguyen Thi Mai Hung, who has been improving with each game, and who in this round managed to upset the highly rated Batchimeg Tuvshintugs. 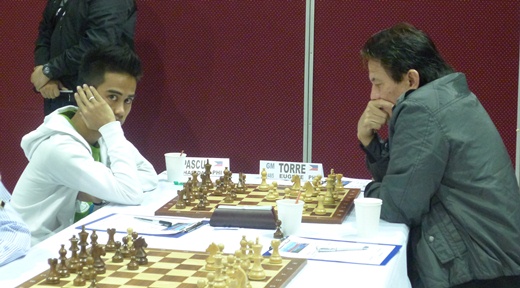 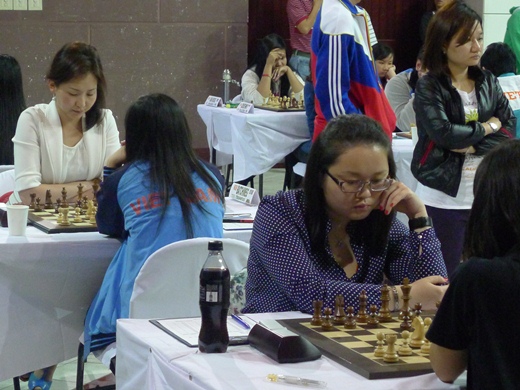 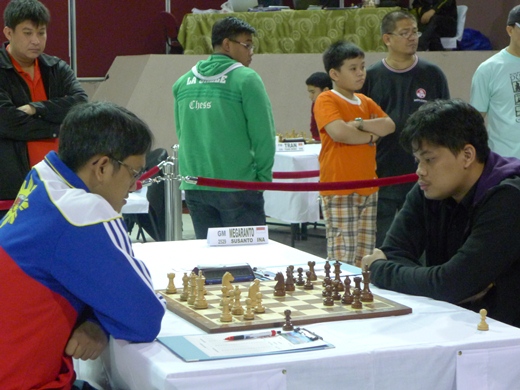