The 32nd Edoardo Crespi Trophy was held from 3rd to 11th December, 2011, in the large tournament hall of Chess Club in Milan, via Sant’Uguzzone 8.

In the Master tournament the top-seeded GM Baadur Jobava stormed through the field and convincingly took the winner’s trophy with 8.5 points, leaving the 2nd placed GM Vladimir Malaniuk full two points behind. Malaniuk was the only to snatch a draw from Jobava. 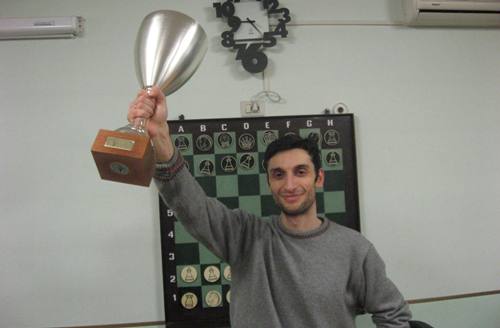 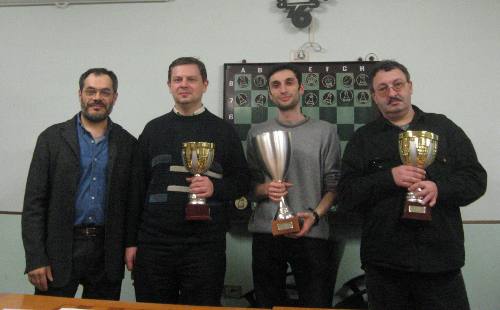 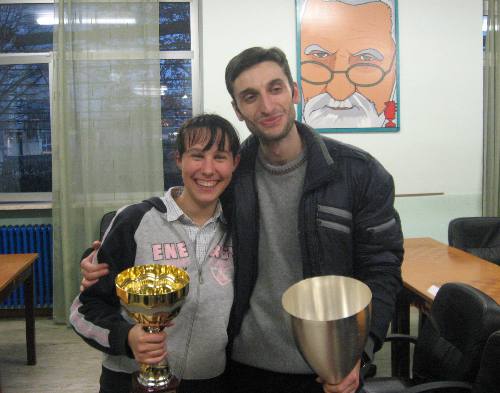 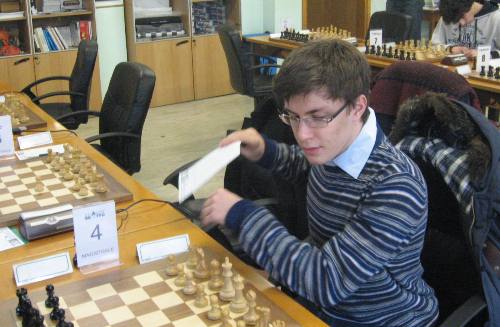 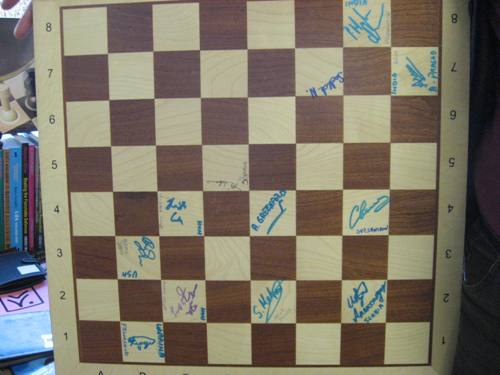 Chessboard signed by the Grandmasters